How to avoid a hangover: Investing in fine wine 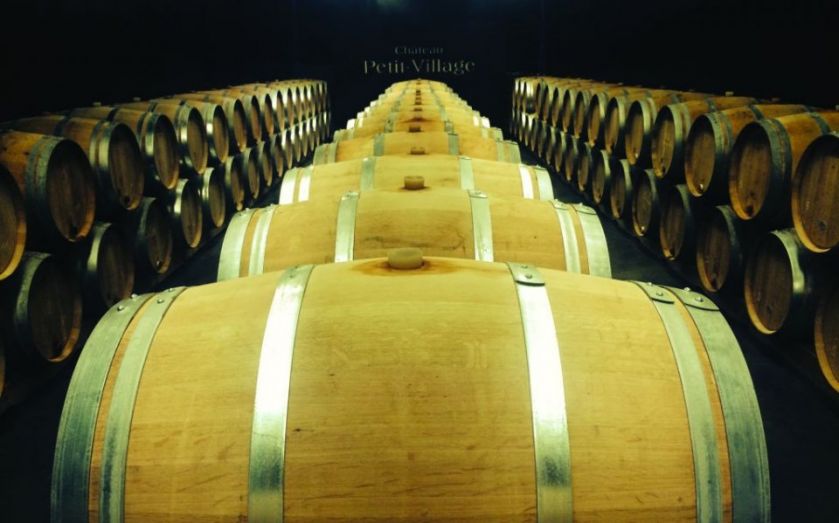 Tom Welsh examines the risks and opportunities of this alternative asset class.

At an auction in Hong Kong late last year, the record for the most expensive super-lot of wine ever sold was broken. Going for the equivalent of about $1,700 per glass, 114 bottles of Romanee- Conti Burgundy were bought for approximately $1.6m by an undisclosed bidder.
Given such astonishing figures, it’s easy to see why many view buying and selling wine (specifically fine wine) as an attractive investment opportunity – an alternative asset that can act as both a store of value and a diversifier.
Merchants and brokers point to substantial historical returns (13 per cent per annum, on average, according to one estimate) and a lack of correlation with other asset classes. And while this is still an immature and unregulated market, new services are providing greater transparency and liquidity, and non-traditional merchants are seeking to widen access beyond the blue bloods who once controlled the industry. Wine can be exempt from capital gains tax too, although this will not apply to all fine wines.
There is also strong interest in wine producers as direct investments. Last year, Chapel Down Winery in the UK smashed crowdfunding records, raising £4m from 1,400 private investors on Seedrs. Naked Wines – which was acquired by Majestic Wines earlier this month – raised millions through a “Fine Wine Bond” in 2013, with the money channelled into nurturing new fine winemakers.
But is wine investment all it’s cracked up to be? And how can you avoid a hangover when putting your money into fine alcohol?
Sebastian Woolf, founder and chief executive of Woolf Sung, a boutique wine merchant, says that people are attracted to fine wine because “they have direct ownership of a product or asset. A lot of people like to own products that others don’t have.”
The rarity factor is at the heart of what drives fine wine returns.“You want to pick vintages that are rare,” says Woolf. “When you’ve got something nobody else has, you can go back into the market. It’s not a short-term thing, but if a vintage is drinking [it is being consumed], provided there’s still a demand for that region, the value should increase.”

Gary Boom, managing director of Bordeaux Index, concurs. “If you take a decent wine like the ‘96 Chateau Margaux… they made 12,000 cases. Over time, these have been drunk. And over time, that wine is getting better – we reckon it will be at its peak in 10 years’ time. So given supply and demand, the price is going up. It’s like smashing Picassos.” If you purchase wine and hold it in an HMRCbonded warehouse, you will also be able to avoid VAT and excise tax – so long as you don’t drink it.
But buy-and-hold capital appreciation is far from inevitable. The fine wine market is regularly buffeted by strong trends – from changes in taste to demand shocks. Woolf notes that one of the biggest markets for fine wine – China – has been hit hard by the current government’s corruption crackdown. Strict limits have been placed on entertaining and gifting by officials, and Bordeaux exports to mainland China fell by 19 per cent in volume terms (and 21 per cent in value terms) in 2014.
The Liv-Ex 100 index, widely considered the industry’s leading benchmark, tracks the price movement of 100 of the most sought-after fine wines. It dropped by 7.3 per cent in 2014, the fourth consecutive year of falls. Between the end of 2008 and mid- 2011, however, it rose 76 per cent after Hong Kong removed import duties on wine.
Liv-Ex defines a fine wine as having a secondary market value, the ability to improve in bottle, a strong track record, and critical acclaim. Clearly, the quality of your initial purchase matters.
But you also need to be realistic about the time frame over which you’ll potentially see positive returns. “A year ago, the biggest single brand in Asia was Lafite. I could’ve told you then that they were going to cool on it… Mouton is suddenly being bought now,” says Boom.
As these familiar names suggest, the job is made slightly easier by the fact that the fine wine universe is largely limited to a crop of top producers. It’s best to “buy brands with a history of global consumption and global demand,” says Woolf. Liv-Ex says that just eight wines account for 80 per cent of leading wine funds’ portfolios by value. Even so, both Boom and Woolf advise that you seek expert help when selecting which wines to invest in.
Volatility is a significant risk in fine wine investment. Prices function a little like a rubber band, says Boom. They’re down 35-40 per cent over the past two years but “at some point they’ll spring back. So your timing is absolutely critical.”
There are also liquidity issues in the market – the traditional model whereby an investor uses a wine merchant to find buyers is highly dependent on the skills of the broker. “If there is no buyer, essentially you’re stuck with an asset you can’t sell for a while,” says Boom.
A variety of new services have emerged to try to mitigate this. Wine investment funds, like mutual funds, seek to create a portfolio of wines and vintages that will, on average, deliver positive returns. Boom’s company Bordeaux Index, meanwhile, runs a live trading platform for investors, which offers both a buy and sell price for about 200 wines in total – 20 brand names over 10 vintages. This, he says, gives investors the confidence that, if they do need to liquidate their wine assets, they will be able to do so.
Woolf says investors also need to have confidence in the merchant or broker they’re using. Make sure they have a track record, he says. And ensure “you’re the sole owner of the products you’re buying. Lots of people get stuck in sub-ownership categories… If any company you choose to buy through goes under, you want to be the owner of the wine, with it stored in a bonded warehouse under your name.”
For Eamon Fitzgerald, managing director of Naked Wines, however, “traditional fine wine investing is a bit of a mug’s game. It’s completely unsustainable and speculative. If the Chinese lose interest, you’ll worry that a lot of people will lose a lot of money.” In fact, he thinks the entire industry is broken – from the plonk we buy at the supermarket to the finest vintages. “It screws its customers and winemakers. If you take a £5 bottle, there’s 20p of wine in there. The rest is duty and taxes, and bottling, selling and marketing fees.”
It’s for this reason that he believes winemakers, investors, and consumers are turning to crowdfunding. “The best winemakers are the worst salesmen,” he says. But by using the disintermediating power of the internet, they can strip out the middle-men and access the consumer directly. Several winemakers are currently crowdfunding on UK-based platforms.
Fitzgerald’s company has a different take on the power of the crowd. First, it runs a network of “angels”, who contribute a small amount every month which goes directly into supporting small vineyards. The angel, in turn, receives wine at a lower cost than if it were sold at a supermarket.
The Fine Wine Bond marked Naked Wines’s move into the more rarified sections of the wine world. The bond is closed to investors, but the idea is that fine wines shouldn’t solely be about the old, typically French, names. “The secret to making fine wine is three things: grapes, talent and time,” says Fitzgerald. With the money from its bond, Naked Wines is looking to give winemakers the latter – to turn “some of our really good wines into spectactular wines,” while paying a steady return to investors.
[custom id="2"]
Share
Tags: Money Magazine