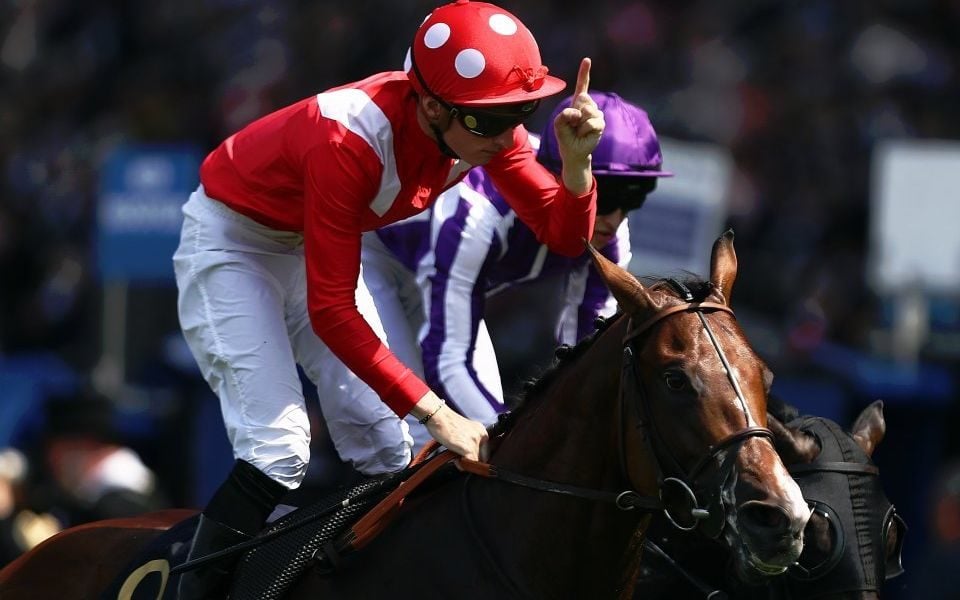 WHEN it comes to selecting the most likely winner of tomorrow’s Group One Al Shaqab Lockinge Stakes (3.40pm) at Newbury, the obvious pick is Aidan O’Brien’s LE BRIVIDO.

Formerly trained by Andre Fabre, this lightly raced son of Siyouni went into every notebook around when flashing home to finish third over seven furlongs on his debut for his new yard at Naas last month.

That was all the more pleasing when you consider he reared up on leaving the stalls and gave himself plenty to do.

He has obviously had a lot of issues as that was only his sixth racecourse start, but when he does make it to the track, he is high class.

Only narrowly beaten a short head in the French 2000 Guineas two years ago, he went on to win the Jersey Stakes at Royal Ascot, but only once made the racecourse last season when well beaten over a sprinting trip last April.

He found plenty of trouble that day, but the fact that connections felt he would be best suited to reappear over six furlongs worries me a little here.

On paper he is bred to get a mile and if there is a trainer on earth who can get him to settle and see out the trip, it’s O’Brien.

However, at a best-priced 7/2 with Ladbrokes, he won’t be carrying my cash. I fear he’s not entirely straightforward and there has to be stamina concerns.

At the prices, I’m prepared to side with LORD GLITTERS for the in-form David O’Meara and Danny Tudhope pairing at around 8/1 with Coral.

O’Meara seems to be working his magic with the six-year-old who has climbed through the handicap ranks to prove himself a genuine Group One performer.

Runner-up to Addeybb in last season’s Lincoln Handicap, he finished second in the Queen Anne Stakes at Royal Ascot on his next start when only just failing to catch Accidental Agent.

He then encountered all sorts of traffic problems when third in the Sussex Stakes at Glorious Goodwood before eventually gaining a much-deserved success at York’s Ebor meeting.

The ground was too quick for him in Canada and that run probably left its mark when he could only finish sixth to Roaring Lion in the Queen Elizabeth II Stakes on his final start of the campaign.

This season began with a cracking run when a close third to Almond Eye in the Dubai Turf and that would have put him spot on for this.

Any rain that falls will only aid his chances and his stable couldn’t be in better form.

His biggest danger could well be the Andrew Balding-trained BEAT THE BANK who reappeared at Sandown with a gutsy win over Sharja Bridge last month.

He disappointed in this contest 12 months ago, but he looks to have matured and the best of his form puts him right in the mix here.

There is a chance he may just have needed the run in this race last year as he went on to run a cracker in the Queen Anne Stakes next time up.

His finishing position of sixth doesn’t tell the full story as he was denied a clear passage at a crucial stage.

The Sandown run will have blown the cobwebs away and at around the 7/1 mark he looks a rock-solid each-way proposition too.

Looking at the rest and you may be surprised that I have left Karl Burke’s five-time Group One-winning filly Laurens out of the 1-2-3.

Her form obviously puts her right in among these and she is likely to get the decent ground on which she is most effective.

She is very short in the betting, while her stable have been in the doldrums of late and for that reason I am prepared to swerve her.

At a much bigger price, look out for Irish raider Romanised who could easily outrun his odds.

Last season’s Irish 2000 Guineas winner shaped well behind Le Brivido on his last start and was at his best this time 12 months ago.