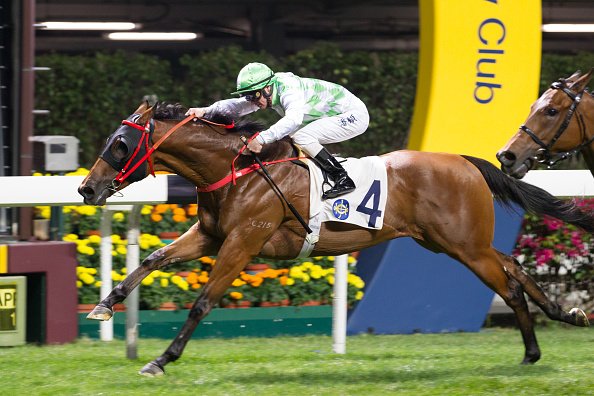 REIGNING champion Zac Purton, with 123 victories this season, is already over the hill and far away as he closes in on his third jockeys’ title ahead of today’s Happy Valley action.

He currently leads his nearest pursuer Karis Teetan by 48 winners but looks even more determined in his quest to overhaul his best ever total of 136 wins.

However, the trainers’ title race is looking more intriguing, with three in with a shout of lifting the coveted trophy at the final meeting of the season in July.

With 15 meetings left, 10-time champion trainer John Size has seen his seemingly unassailable lead whittled down to seven by Frankie Lor, with John Moore, who has won it seven times, only one more behind.

All three are firing plenty of ammunition at the inner-city track, especially Moore, who once upon a time, with a stable full of star-studded horses, was an infrequent visitor to the Valley.

Times have changed, and with another chance of a title beckoning, he will be looking to boost his already impressive tally of 11 winners at Happy Valley this season.

His best chance of success could be consistent top-weight Happy Warrior, with one victory and five seconds to his name this term, in the 2.15pm over the extended mile.

Size will be hoping his former useful sprinter Zero Hedge rediscovers his form now he is back on a similar winning rating, in the 3.15pm, while he also saddles his star performer Tornado Twist in the finale at 3.50pm over six furlongs.

This is the best race on the card, with numerous track specialists lying in wait, including Jimmy Ting’s potential sprint superstar Yee Cheong Baby, who blitzed his rivals on his debut run over five furlongs and will try to defy a 6lb penalty as he steps up in distance.

With the inside draw, and Purton in the saddle again, he is going to take some catching, but drawn next to him is the equally exciting Lor-trained FAT TURTLE.

This former three-time winner in Australia, who chased home smart sprinter Champion’s Way at Sha Tin in March, just failed to give a more experienced Planet Star 19lbs when beaten a neck from a wide draw over the track and trip last month.

This time, with the early pace sure to be red-hot and in his favour, he is mapped to sit just behind the leaders and make the valuable 6lbs he receives from both Tornado Twist and Yee Cheong Baby count down the home straight.

Jimmy Ting, with 33 wins in his first season as a trainer, could have better luck when he saddles top-weight and exciting prospect TELECOM PUMA in another six-furlong dash at 3.15pm.

This New Zealand-bred four-year-old has steadily improved in three runs this year, especially his latest effort last month when just outpaced in the closing stages by Dream Come True over five furlongs.

He has been partnered by apprentices in all three races, but this time Purton climbs aboard and his experience can prove vital.