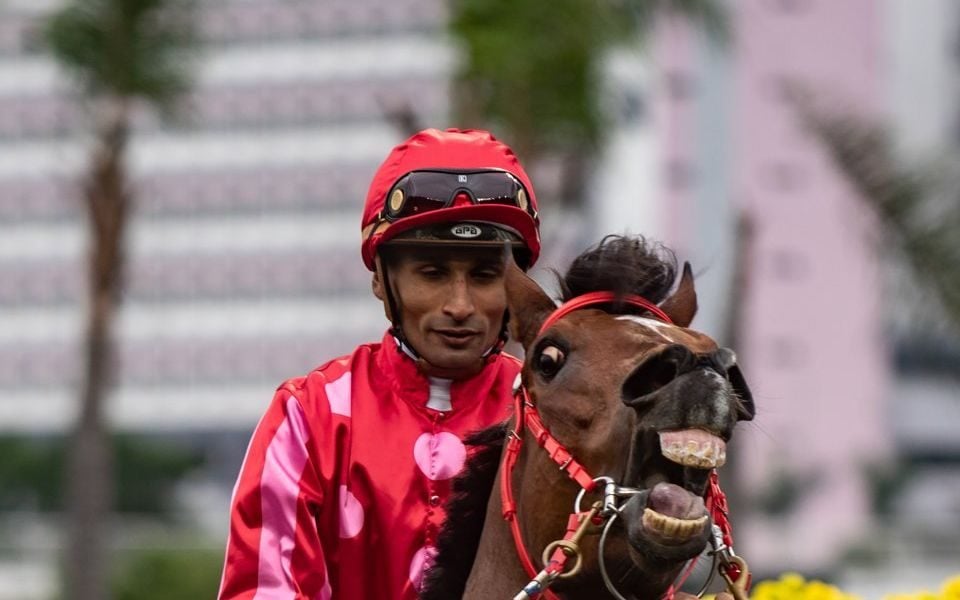 IT SURELY can’t get any better for reigning champion jockey Zac Purton at present.

At Sha Tin over the weekend, he matched his personal best of riding six winners in a single meeting and added another two Group Ones to his already considerable tally in Hong Kong and Singapore.

The Australian has now ridden a dozen Group One winners in the past two seasons in Hong Kong, taking his total to 22.

Included in that score is his one ride in the UK, when partnering Little Bridge to victory in the King’s Stand Stakes at Royal Ascot back in 2012.

Back in Hong Kong, he has visited the winners’ circle 31 times in the last 11 race-meetings and 13 of those have come in his last 26 rides.

No wonder ‘Pundon’, as the locals call him, is the blue-eyed boy of the sport.

He arrives at the inner-city track with a full book of rides – having picked up a couple of spare mounts with late withdrawals – and you can guarantee the majority of his mounts will be well backed.

Happy Valley is not the easiest track at which to find winners at the best of times, but this is further exacerbated by Hong Kong suffering dreadful weather at present, with rain and thunderstorm

Racing normally takes place on good-to- firm ground, but the word yielding looks likely to be added to the going description this afternoon.

Looking back at past statistics when racing takes place on the ‘C’ track, soft ground has only appeared a couple of times in the last three seasons.

Purton does look to have a ready-made winner when he resumes his winning partnership with the Peter Ho-trained LE TERROIR in the six-furlong dash at 1.45pm.

This flashy looking three-year-old picked up a 7lb penalty when getting off the mark over course and distance last month.

That form has been advertised by the subsequent successes of runner-up Jumbo Prize and the third-placed Takingufurther winning at the Valley last week.

With an inside draw a major positive and the opposition average, he has a gilt-edged chance to repeat his previous win.

While Purton has been taking all the plaudits in recent times, jockey Karis Teetan, who has chased the champion for most of the season, has slipped into a relatively quiet spell.

The Mauritian-born pilot has been a model of consistency all year, riding one or two winners at the majority of race meetings – until the last month that is.

He has a couple of chances to get himself back on track when he teams up with trainer Frankie Lor on Star Luck in the opener at 12.15pm over six furlongs, and Coby Oppa at 3.50pm.

Lightly-raced STAR LUCK has always been held in high esteem by his stable and now makes his debut on turf after winning one of his three races on dirt.

An impressive recent track trial, in preparation for this contest, suggests he could prove different class to his rivals.