Hong Kong Horse Racing Tips: Lor and Chan have the Spirit to bloom on the all-weather 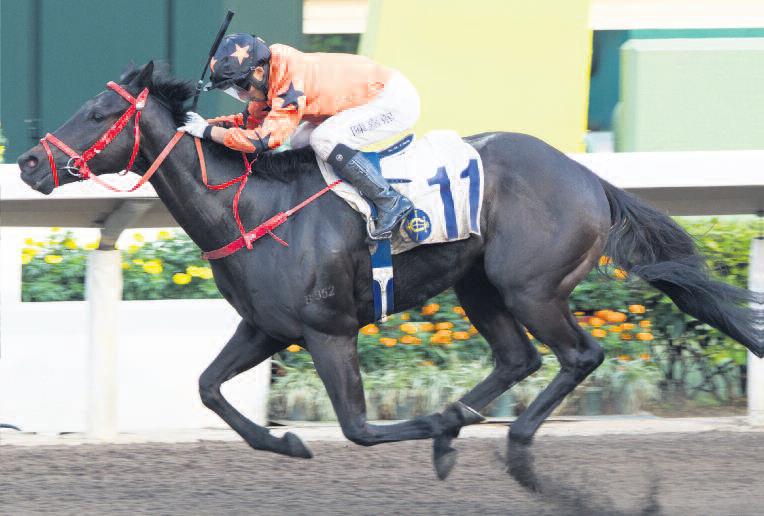 TRAINER Me Tsui is synonymous with all-weather racing in Hong Kong.

The 58-year-old local handler has been known for so long as the ‘Dirt King’ in the territory, and rightfully so.

This season alone, Tsui has saddled a dozen winners on the surface, including an incredible 11 wins and 10 places from just 46 runners in six-furlong contests.

However, Tsui has found himself surpassed this season by another local handler in Frankie Lor, who heads the all-weather table with 15 victories.

Lor, who is just six winners shy of equalling his first-season total of 65, has booked the stables 10lb claimer Alfie Chan to ride four of his horses, and all can be given first-rate chances.

Star Luck, who disappointed at the Valley a fortnight ago, has been given a chance to redeem his reputation on a surface he has already won on in the 2.15pm.

While the fast-starting Speed Vision has shown plenty of promise in dirt trials in his run-up to the six-furlong dash at 3.15pm.

The Lor and Chan combination will have high hopes that the incredibly fast SIMPLY BIG will resume winning form when he returns to his favourite surface in the 2.45pm.

This son of Bated Breath has already won in sloppy conditions and with a good draw in his favour, he should get the run of the race.

Earlier in the afternoon, the partnership will be hoping to overturn hot favourite Lucky Thought with BLOOMING SPIRIT in the 1.45pm.

This progressive three-year-old should now be at his peak after five runs and looks well-handicapped.