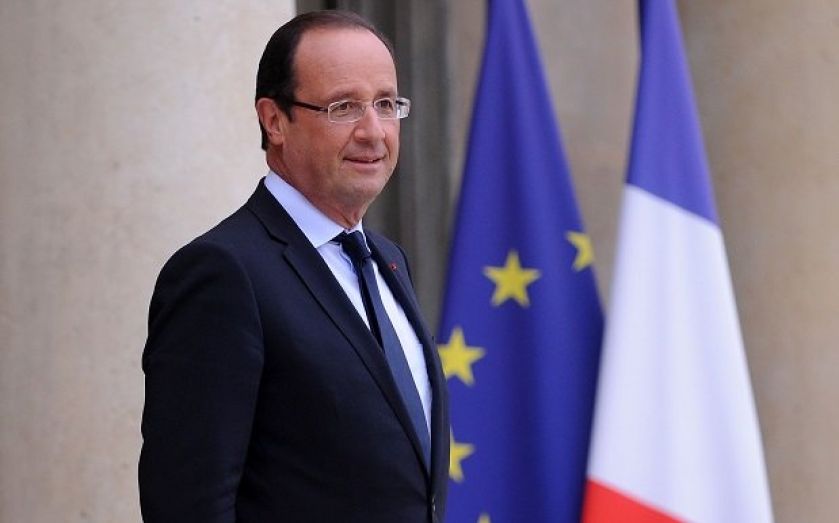 French President Francois Hollande has appealed for a Eurozone growth summit to get to grips with the currency block's economic stagnation and high unemployment.

The embattled President warned an audience of ambassadors in Paris that “Europe is threatened by a long and possibly interminable stagnation if we do nothing.”

Hollande called on European leaders to take co-ordinated action to stimulate growth and shun policies of tight fiscal discipline. He once again advanced proposals for a relaxation of EU budgetary rules. Under the rules EU governments are obliged to hold deficits below three per cent of GDP.

"The rhythm of deficit reduction must be compatible with growth goals and weak inflation", he said. His speech echoed pleas by Italy's transport minister to exclude infrastructure projects from the Europe's budgetary restraints.

France is set to miss the deficit target by 0.9 per cent this year and is unlikely be in line with EU rules until the tail end of 2015. Hollande conceded that France needed to cut its deficit, saying it is a “condition for putting Europe back on a growth path capable of reducing unemployment”.

On Wednesday, the European Commission told France to speed up reforms to liberalise markets, cut spending, reduce taxes, moving away from the country's statist economic model. Hollande has already pledged to cut corporate taxes by €40bn to revitalise the ailing economy.

On Monday, the French government was dissolved after just four months in office. The government was thrown into turmoil after economy minister Arnaud Montebourg slammed the government for not taking sufficient action to counter austerity, in a speech given in the south of France.

The former minister said he would not be seeking a position in the next government and was joined by ministers Benoit Hamon and Aurelie Filippetti.