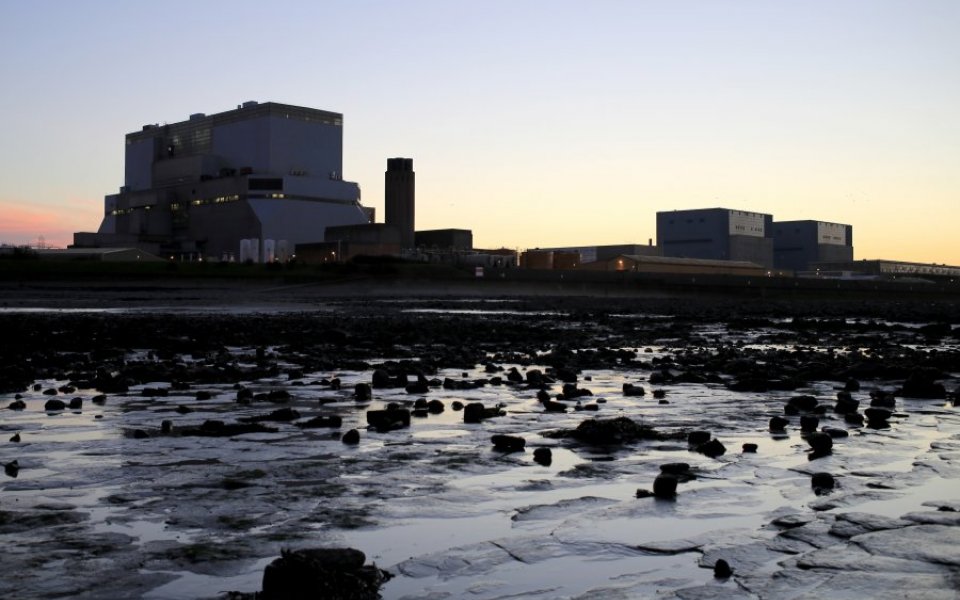 Yesterday, alongside the official announcement of China’s involvement in the deal, EDF said that its final investment decision on the construction of the new Hinkley Point C nuclear plant is now just weeks away.

Given that the company and its Chinese partners are positioned to extract up to £80bn of cash dividends from the project over 35 years, it is not hard to guess at the result.

The government has committed at least seven future administrations to pay for what has been described – even at today’s prices – as the “most expensive conventional power station on earth”. Yet only last week, the same government committed all its successors to a Fiscal Charter on borrowing. A mixed message, to say the least. Hinkley Point C is a particularly egregious example of the fact that all gridsupplied energy is subsidised.

Although fossil fuels are ostensibly being phased out, according to the IMF they will still receive £26bn of support from the government this year. Like the subsidies to Hinkley Point, the benefits will largely accrue to foreign – and often state-owned – energy companies. Finger-pointing at renewable energy subsidies nearly always overlooks this broader truth.

This is partly because core generating subsidies come from energy bills, whereas broader subsidies – including tax breaks to gas companies or the £2bn loan guarantee with which the government sweetened the Hinkley deal – are often paid for from central taxation.

Although some argue the former mechanism is regressive by comparison, the distorting effect on the energy market is the same. Strip away that effect, and the fundamentals of different energy sources come to light. The underlying cost of generating nuclear energy has not fallen in 50 years, making it the generating equivalent of filling the roads with cars from 1965.

Security costs have hit home in the wake of the Fukushima disaster and its predecessors. Decommissioning costs have done the same in the wake of the economic disaster of Sellafield (which now consumes almost all of the Department of Energy and Climate Change’s budget). It is not surprising that, instead of setting a new competitive low for nuclear generating costs, Hinkley Point has done the reverse at £92.50 MW/h.

The costs of coal and gas power are also rising. Recent Bloomberg research has shown that the price of UK coal and gas power rose by around 17 per cent to £74 MW/h in the past year, despite downward pressure from the advent of US shale gas. Now comes the surprise. Over the same period, the costs of energy from onshore wind fell from £70 MW/h to £55 MW/h – making it cheaper than gas.

Wind farms have proved a political bugbear in the UK, with the government all but shelving the energy source. Yet the experience of the one new permitted gas power station seems to demonstrate little investor appetite to plug the gap with gas. The plant – at Trafford in Manchester – has now been delayed. Policy Exchange has suggested that the current subsidy package – £30m a year for the next 30 years – would need to be doubled for it to become viable.

With costs falling for wind energy and a pipeline of investment remaining available, the government could find itself having to reopen the case on wind whether it likes it or not. Cost reductions in the solar sector have been even more dramatic – 75 per cent over the past six years – accelerating the prospect of unsubsidised solar power, even in the UK.

Unlike with traditional energy, new solar and wind generating capacity itself drives cost reductions (by extending economies of scale).

Until recently, solar developers were making dramatic bets on the end point of this virtuous circle – bidding as low as £50 MW/h for new UK solar farms in the expectation they would be helped over the line by the projected tailing-off of subsidies.

Now those subsidies have been abruptly truncated, it is not clear whether the historic investment will have been worthwhile – or whether the sector will wither so close to the finish line.

Yet there is one intervention available to the government – at no financial cost and fully in line with Conservative principles – which could help the sector close the remaining cost gap.

On 7 December this year, the EU’s “minimum import prices” on solar panels – designed to protect European manufacturers from statesupported Chinese rivals – are due to expire.

Three large German companies have already broken ranks, saying the trade barrier is obstructing the market by withholding further cost savings of up to 10 per cent.

By offering them his strongest support – and demanding a British opt-out in the event of minimum prices being renewed – the Prime Minister could win plaudits from all sides without leaving a stain on his political conscience.

For tickets to Snow on Blood, please visit here.