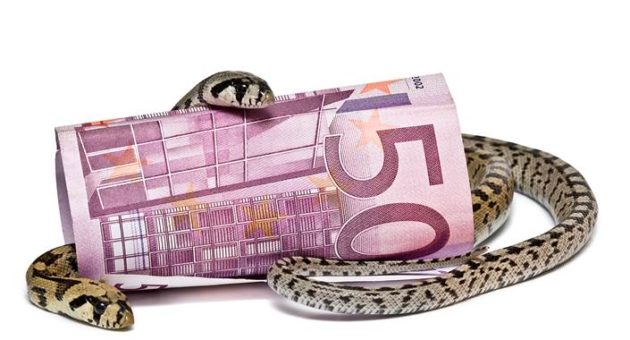 Here's some food for thought: The courgette crisis is no joke - the UK's food security is at stake

News of the so-called courgette crisis has been greeted with a certain amount of mirth in the press.

The image of middle-class diners looking lost without their spiralized suppers after an uncommonly soggy winter in Spain was never going to provoke an outpouring of sympathy.

However, a new report commissioned by Morrisons today suggests we may need to take the situation rather more seriously if we intend to continue eating in the manner to which we have become accustomed.

The report paints a sobering picture of the UK’s food sector: UK farmers supplied just 52 per cent of what we ate in 2015, and while we exported £18bn of food, we imported £39bn of it. In fact, the UK has a trade deficit in all categories of food other than “drink” (Scotch whisky has seen to that). Imports come from 168 countries, although the majority comes from just a few nations, which it dubs “bread baskets”.

Now of course, there is nothing wrong with importing food – indeed, as the report points out, having a few “bread basket” economies leads to efficiencies and price reductions, meaning the whole world eats more cheaply.

But with food price inflation soaring thanks to the weak pound and Brexit potentially bringing tariffs for both exporters and importers of food, the UK is faced with a choice: either encourage consumers to buy more local, seasonal produce, or find innovative ways around the problem.

What is encouraging is the government recognises the importance of the UK’s food security: documents leaked last week showed agriculture and food and drink were listed among high priority sectors when it comes to Brexit negotiations (although fisheries was demoted to medium priority).

Across the world, many countries are stating to take matters into their own hands. Faced with a growing population and rising urbanisation, Singapore is an example of a country looking to take control of its own food production with ideas like indoor “vertical farms”, which aim to reduce the city state's reliance on imports.

Let’s face it: the UK is hardly facing a famine. But with food price inflation increasing and the spectre of tariffs ahead, it is likely the UK’s food security will come under the spotlight in the coming months. Today’s report merely provides food for thought.