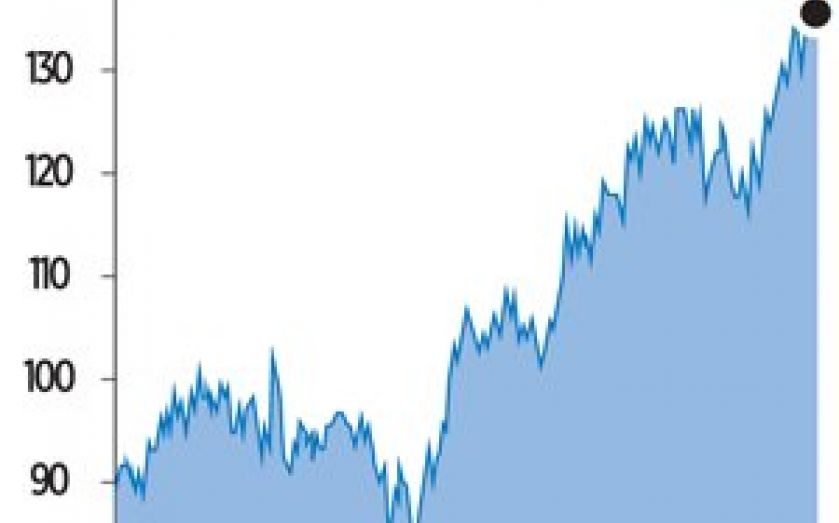 Alistair Cox sees plenty of growth to come for British jobs, but skills shortages are a worry

AFTER a torrid few years for the jobs market, the boss of the country’s biggest white-collar recruiter is feeling optimistic enough about the growing signs of recovery that he’s even planning to add some staff to his own business.

“It’s got a long way to come back yet but it does feel as if the UK for the first time in five years is starting to feel much more confident,” says Hays boss Alistair Cox, who joined the company in 2007, just before the credit crunch wrought havoc on hiring.

Hays posted its first post-recession profit in the UK last year, having cut its own headcount by 40 per cent since its peak. Cox, speaking just before Christmas at the firm’s offices in Euston, says he is hopeful that the business has further to bounce back.

“Clients, by and large… are feeling much more confident about hiring decisions. We’re not seeing yet, I think it’s fair to say, the same degree of confidence in the candidate base. If they’ve got a job, they’re hanging on to it, and people aren’t taking a great deal of personal risk.

“But as the job market starts to pick up because clients are starting to hire again, I think we’ll start to see that job churn pick up as people become more confident about their own prospects. That’s just a matter of time.”

While “cranes all over the UK” herald an uptick in construction jobs, Cox adds that banking “feels relatively stable, which is an improvement on how it felt six to nine months ago”.

He concedes that parts of the financial sector might never recover from the cuts made during the downturn, such as analyst roles that are moving in-house to fund managers rather than being replenished within banks. The days of Hays “moving the best part of 1,000 people a year” into Singapore’s finance houses are yet to return.

But Cox has not been standing still during the recession. The engineering graduate has taken the firm into Russia, Malaysia and Chile, and has his eye on “two or three” more Asian bases. Hays has also rapidly expanded in Germany, where recruitment consultants are a fairly new phenomenon.  Globally, the company moved a quarter of a million people into new jobs last year.

Cox, the former head of IT outsourcer Xansa, is also keen to keep the firm on the front foot online. He signed a deal with LinkedIn over a year ago, which allows Hays consultants access to the professional network’s enormous pool of possible candidates.

Hays also has around a dozen staff inventing new tools to match candidates with posts. Cox is unconcerned about the internet cannibalising bus-iness: “I think there’s a world of difference between finding an individual on the internet and building a relationship to the point that they want to come and work with you.”

What does worry him is the widening skills gap the UK faces, a shortage that he has long called to be met by relaxing immigration laws for skilled workers, while addressing the dearth of British science and technology graduates.

“At the moment, businesses are put off because the processes you’ve got to go through are a headache, they take a long time, they’re not cheap and there’s quite a lot of uncertainty about whether you’ll be successful.

“If Singapore says come and work here, I’ll fast-track your visa, we’ve got wonderful international schools and a good tax system – that’s what the UK needs to recognise they’re in competition with.”

CV ALISTAIR COX
■ Started career at British Aerospace in 1982, after a degree in aeronautical engineering from the University of Salford

■ Moved to Schlumberger in 1983, then studied for an MBA from Stanford

■ After a spell at McKinsey, joined Blue Circle Industries, later known as Lafarge