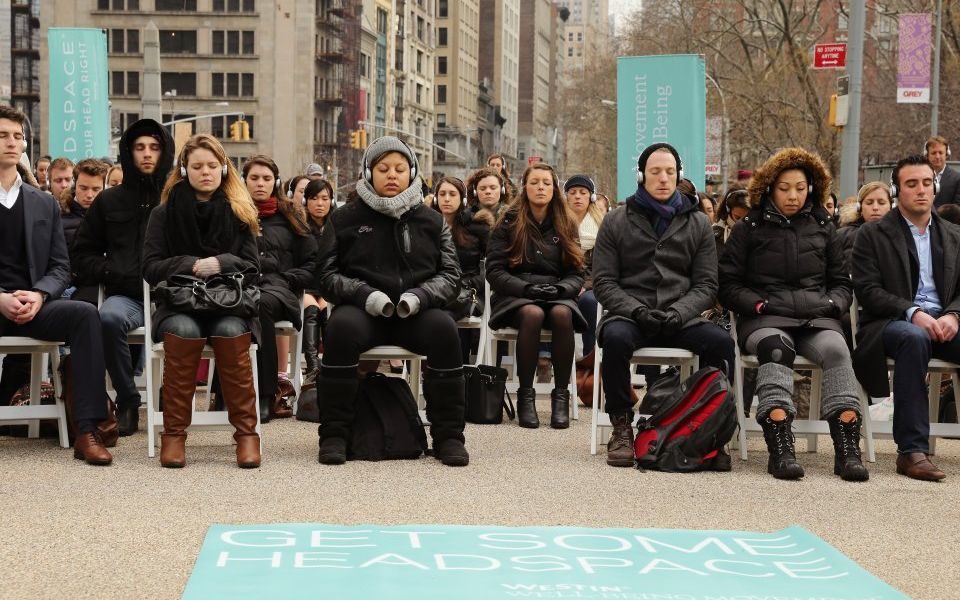 Are you feeling overwhelmed, and reacting out of emotion instead of logic? Taking just one minute can get you out of the cycle of unproductive thoughts.

Grab hold of something, whether it’s your coffee mug, a pen, or whatever you have nearby.

Close your eyes and focus on what the object feels like.

Move it around, think about how it feels on your skin. If you find your thoughts wandering, just refocus on the item in your hand for a few moments. That’s mindfulness, and it can be a powerful tool.

To many, mindfulness is accompanied by a dismissive stigma, conjuring up images of yoga sessions on a mountain at sunset, or maybe sticking candles in your ears. Dr. Karolien Notebaert, founder and CEO of One Step Ahead—Notebaert Consulting, is familiar with the negative associations.

However, there is real value to be gained from being mindful — taking a step back from emotions, connecting with your senses, and using the opportunity to think rationally and critically. At the 2017 CFA Institute European Investment Conference, Notebaert explained how self-regulation can lead to increased diversity, more productive discussions, and better conflict resolution.

Take one particular situation: Unexpected negative feedback. You probably feel pretty bad, and may react strongly, or regrettably. Maybe it’s a poorly worded, emotionally charged email response, or a defensive snipe aimed at your manager. You have become a victim of a form of unconscious bias.

This is attribution bias, when someone believes that a failure is someone else’s fault. The bias can trigger a primary and immediate negative reaction, leading to bad decision making.

Unconscious biases are assumptions that influence our choices, especially when we make rapid decisions, Notebaert explained. Blame the amygdala, the part of your brain that works on autopilot and decreases your cognitive performance.

Making good arguments and remaining calm is thanks to your pre-frontal cortex, a part of the brain that is slow to activate, deliberate, and exhaustible. Planning, organising, and making good financial decisions are all jobs for the pre-frontal cortex. However, Notebaert said, “it has a limited capacity, like a battery. We reach that limit nearly every day.”

Read more on the topics of leadership, management and communication skills on Enterprising Investor, a CFA Institute blog.

It doesn't have to stay that way. Practising mindfulness can build a mental reset button. Notebaert explained that those who regularly spend time on mindfulness exercises have a larger pre-frontal cortex, meaning they have more capacity for logical thinking and decision making. As with most skills, it takes practice, but it can become second nature.

By regularly practising mindfulness, your amygdala, which is the largest source of potential blocks, will become smaller and less activated. “You are less likely to even fall into the trap,” said Notebaert.

Klemens Höppner, CFA, international partner at the Conscious Business Institute and member of the board at Minerva Spezialinvestment AG, followed Notebaert’s presentation with some ways to get back to basics. “Feel your feet on the floor, feel your breathing,” he advised, for handling stressful situations and for getting better at grounding and centreing yourself.

Building constructive relationships out of conflict

Höppner explained how overcoming unconscious biases and auto-pilot reactions can also help build constructive relationships out of contentious situations. “Conflict can be great for building relationships,” he said, “but we need to change our perspective.”

By taking a step back, you can recognise the other person as a human being. The conflict can become an opportunity — a real negotiation, he explained. Recognising your feelings in the moment can help you disconnect from your biases about an experience that you are perceiving as negative.

You can also reframe the discussion to understand why a confrontation is happening at all. “Conflict is about feelings and needs,” he said. “What do I think I need? What do I think I don’t have that I need to get from you?”

Not only will reflection make the conflict clearer and easier to resolve, it can help dissolve anger and tension in a fraught discussion. “In many cases, when you ground yourself, eventually the other person will stop being angry because they don’t feel like there is an adversary on the other side,” he said.