Has-beans? What Chilango’s CVA tells us about the struggling casual dining sector 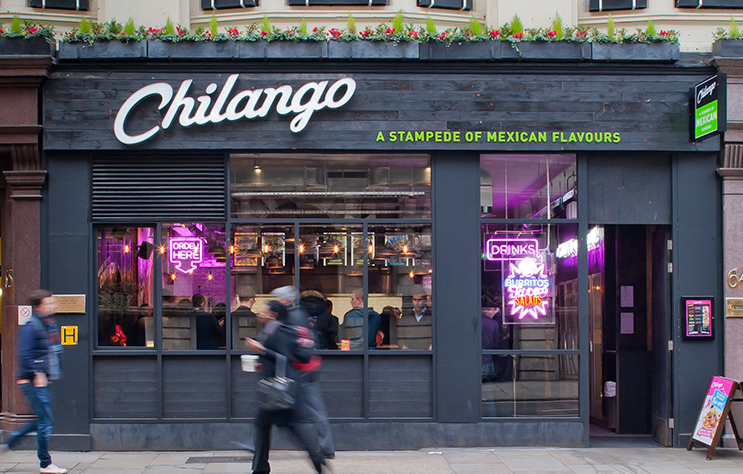 Mexican chain Chilango offers its customers a choice between three different types of salsa: mild, medium, or hot. Faced with those options, who chooses the middle one?

This is – in a way – the conundrum facing the increasingly polarised casual dining sector. Nowadays, customers either want fast, cheap fuel, or they want a quality sit-down meal. Rarely do they opt for something in the middle.

Prezzo, Gaucho, and Carluccio’s have all turned to CVAs to close sites or cut rents in recent years. The process only provided a stay of execution for Jamie’s Italian, which folded earlier this year.

Pizza Express is also struggling under the weight of a large debt pile.

But why are the hardest-hit chains those squarely in the middle of the restaurant sector?

“People are eating out less but when they do, they want to eat out well. Equally when they’re looking at grab and go, they want it to be as budget as possible,” says Jonathan de Mello, a director at retail property adviser Harper Dennis Hobbs.

This polarisation certainly seems to have hurt Chilango, which is pricier than competitors Tortilla and Chipotle, but still markets itself as a quick pit-stop.

The chain has tried to differentiate itself by emphasising ingredient quality but this may prove to be a mistake: customers tend to be less interested in quality with grab-and-go food.

“Consumers need a reason to go and have meals in these places, and many mid-tier restaurants just don’t have a stand out proposition to differentiate themselves from their competitors,” explains Retail Economics’ Richard Lim.

Chilango’s CVA proposals, seen by City A.M., outline the challenges the chain must overcome to stay afloat. Its Birmingham restaurant, opened five months ago, is not yet profitable, and three of its remaining outlets are described as “marginally profitable” but at risk of becoming loss-making.

Part of the problem is Chilango’s choice of locations. Ten of its dozen restaurants are in London, and six of those are in or around the Square Mile.

But harried City workers don’t really care about the quality of the chicken in their burrito as long as it’s fast and cheap.

“More emphasis on speed and less emphasis on quality would have been the right mantra for Chilango,” says de Mello. “Or opening in locations that are more attuned to the quality aspect they want to push out.”

Chilango’s CVA proposes exiting four dormant leases, slashing rents at three restaurants by 40 per cent, and restructuring much of its £6.9m debt.

On top of this, it wants to cut central costs by a quarter. Higher operating costs have “really squeezed margins” in the sector, explains Lim, while “business rates remain a significant burden”.

The chain’s creditors – including landlords, suppliers and investors who bought its controversial burrito bonds – have until early January to vote on the plans.

“A lot of landlords will say no because they want the retailer to leave if they’re not doing well,” says de Mello. “But suppliers will want to see continuity.”

Even if its rescue package wins the backing of creditors, Chilango may not be out of the woods. Like the rest of its casual dining competitors, it will still have rising prices and diminished footfall to contend with.

Chilango may well be the first company to enter a CVA in 2020, but with the storm clouds over the sector unlikely to shift anytime soon, it’s unlikely to be the last.