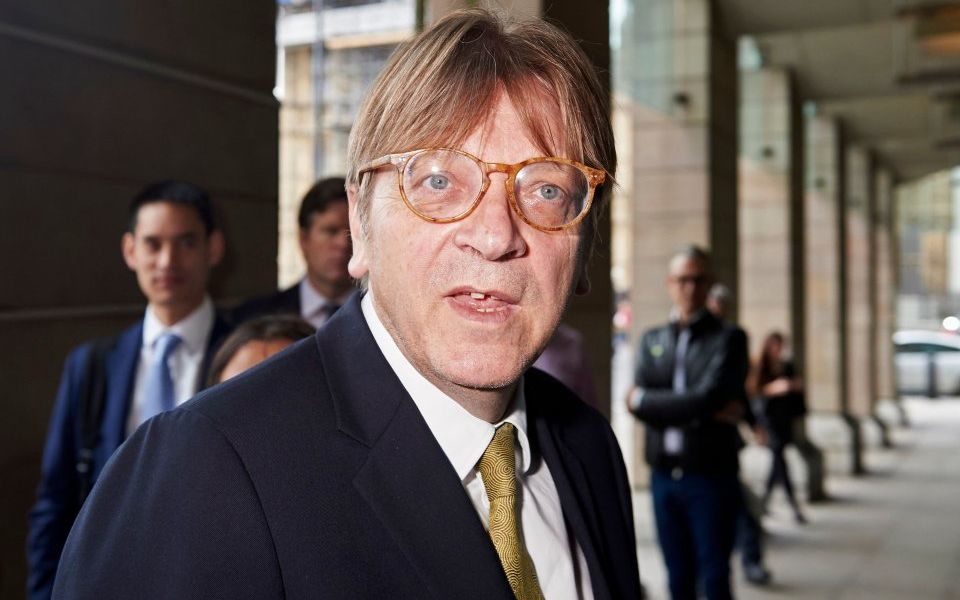 The European Parliament’s outspoken Brexit co-ordinator Guy Verhofstadt has taken a swipe at the self-styled “Bad Boy of Brexit” Nigel Farage, comparing him to field marshal Douglas Haig from the final episode of sitcom Blackadder.

Verhofstadt said he was “surprised” to see the former leader of Ukip on European Parliament duty in Strasbourg, rather than on a pro-Brexit protest march yesterday.

Former Belgian Prime Minister Verhofstadt said that like Haig in Blackadder, Farage was “sitting safely in his office, while his people are walking in the cold and the rain”.

“I thought you were marching 200 miles for the leave campaign? How many did you do? Two miles!”

Speaking in Strasbourg yesterday, he added: “Let me recall the words of Sir Winston Churchill. 'Success,' he said. 'Success is the ability to go from one failure to another with no loss of enthusiasm.'

"He could be talking about House of Commons and Prime Minister May today. This afternoon the house will have, if of course the Speaker allows – no less than 16 options for Brexit on the table. So there is certainly no loss of enthusiasm.”

Farage hit back by invoking the real-life field marshal Haig, who he said “saved the Belgian town of Ypres from German domination” during the First World War.

“Far from mocking Haig in Belgium, he should be a great hero to you,” he added.

The real-life Douglas Haig has gained the nickname “The Butcher of the Somme” among historians in the intervening years, for sending thousands of troops into the enemy line of fire at the Battle of the Somme in 1916.

MPs will tonight take a series of indicative votes on proposals which they hope could replace Theresa May’s Brexit deal.

Plans were submitted last night, which Speaker John Bercow will pick to be debated this evening.