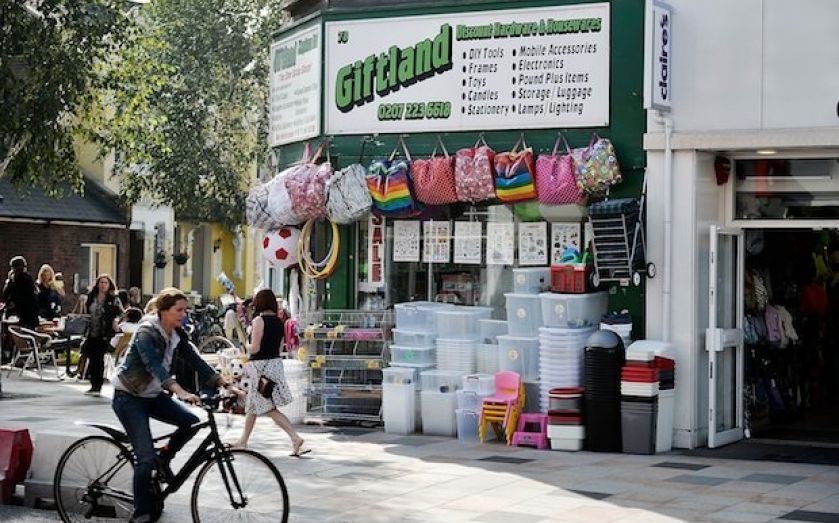 WHATEVER the chances of a last-minute Christmas shopping spree, the retail climate remains difficult. To assist troubled high streets, the chancellor’s Autumn Statement appeared to make a valiant effort to address complaints about business rates, long resented as an excessive tax burden on retailers. For the first time ever, the uniform business rate rise will be capped at 2 per cent – beneath inflation. But all is not as it seems. Given the disastrous decision to postpone the revaluation of business rates (where they are adjusted to reflect property values), the changes overall are more of a sticking plaster than a fix.

A number of measures were introduced to support ailing high streets. First, for retail premises with rateable values (RV) of up to £50,000, the rates bill will be cut by £1,000 in each of the next two years. This is welcome on the surface. Pubs, cafes and restaurants will be included, but betting offices, payday loan shops and banks excluded. Some may say there is nothing wrong with that. However, EU rules bar companies from receiving more than €200,000 in state aid across a rolling three year period – equivalent to £56,000 per annum. There will therefore be a cap on relief available for multi-site retailers, especially if their business already receives other forms of state aid, such as property in an enterprise zone.

Secondly, a 50 per cent discount from business rates will be granted to those occupying shops with a RV below £50,000 that have been vacant for at least 12 months. The relief will last for 18 months for those moving into such properties between 1 April 2014 and 31 March 2016. But this overlooks the potential adverse impact on the take-up of shops between now and next April. It also seems to create unfair competition for established tenants, who have to pay unsustainable rates on their existing premises, and face business being taken away from them by new entrants with lower overheads due to this concession.

But the real problem comes from the government’s decision to postpone the 2015 rating revaluation by two years, billed as offering more certainty for business. This is a hollow claim, as the two following examples demonstrate.

Menswear retailer Hackett has just opened at the former Ferrari store at 193/197 Regent Street, having signed a new 15 year lease at a street-record Zone A rent of £645 per square foot. The deal reflects significant competition in an area where property rarely becomes available, and expenditure has been rising rapidly – fuelled by tourism and overseas investment.

However, Hackett’s annual business rates bill will continue to be based on rental levels from 2008 – when Zone A rents on the same property were just £278.50 per square foot. Hackett will face a rates bill on the ground floor alone of £285,000 per year, compared to £767,000 if the revaluation had gone ahead. With two further floors included in the lease, Hackett’s total savings on business rates due to the delayed revaluation will be well over £500,000 a year.

Given that most prime retail property is owned by pension funds or publicly-owned property companies, this effectively means that pensioners and savers are subsidising the tax take of government through the rating system. Importantly, the weak are subsidising the strong, as Central London benefits substantially, while elsewhere the retail industry is on its knees because of the cancellation of the rates revaluation.

This is why leading industry groups have called for the rating revaluation not to be postponed. This has fallen on deaf ears. The government’s last chance to reconsider its disastrous decision passed with the Autumn Statement.

Shop vacancy rates currently stand at a record 14.2 per cent. The penalty of empty property rates was brought in to force owners not to hold property vacant for long periods. It is scandalous that this regime has remained in place, even though the original rationale has long since passed. Unfortunately, this is now reflective of the government’s approach to supporting a creaking and unfair rating system to ensure that the tax take does not diminish.

Jerry Schurder is head of rating at Gerald Eve. Graham Chase is chairman of Chase & Partners, past president of RICS, and president of the Association of Town and City Management.