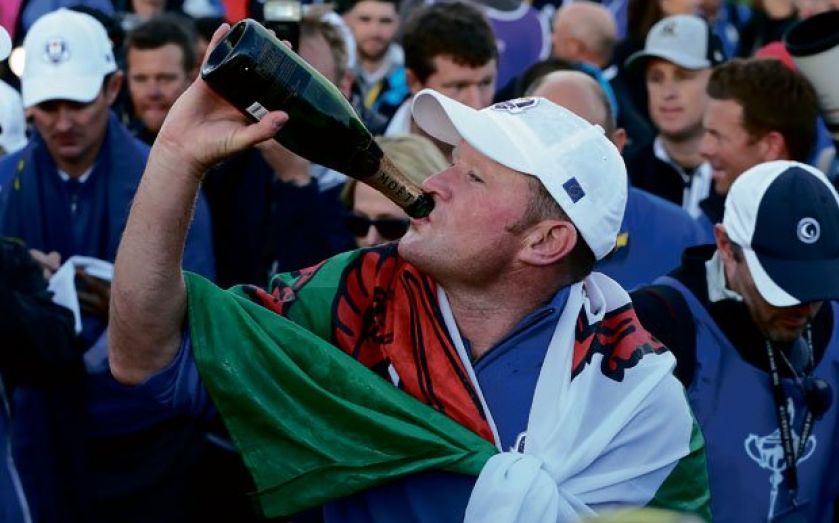 Highlights from a vintage year and predictions for 2015

MOMENT OF THE YEAR
MY FAVOURITE golfing moment of 2014 is immortalised in the now-iconic images of Jamie Donaldson surrounded by a throng of photographers and well-wishers after effectively winning the Ryder Cup.

As one of Paul McGinley’s vice-captains, I was out on the course at Gleneagles, standing on the green at the previous hole and watching on a big screen as Donaldson played that beautiful iron.

We could see exactly what was going on and knew he had won the hole and his singles match with Keegan Bradley, ensuring that Europe won the trophy for the eighth time in 10 attempts.

Thinking about it still makes the hairs on my neck stand up. It was very special, an incredible moment.

Donaldson’s story was fantastic too, in that he only qualified for his Ryder Cup debut by winning the Czech Masters a week before the cut-off. So much credit has to go to McGinley, though, for the work he did with Donaldson and Stephen Gallacher to help them make the team.

MOST IMPROVED PLAYER
Bubba Watson enjoyed a superb season after a quiet 2013, winning the Masters for a second time and climbing from outside the world’s top 25 to as high as third.

Yet while his was more of a resurgence, it was his fellow American Jordan Spieth who really blazed a trail, finishing the year with back-to-back titles and the 21-year-old’s two best displays to date.

Spieth’s win at Tiger Woods’s Hero World Challenge might have been against a small field but it was one full of quality, while his 10-shot winning margin and new tournament record score of 26 under par made everyone sit up and take notice. That came just days after he had won his second professional title, the Australian Open, and his future looks very bright.

Spieth, Watson and Rickie Fowler have overtaken the old guard of Woods, Phil Mickelson and Jim Furyk as the Americans most likely to win a Major and I’m excited to see how they fare in 2015.

PLAYER OF YEAR
Winner of two Majors in 2014, plus the PGA Championship; part of Europe’s Ryder Cup winning team; world No1 by a mile; it can only be the genius that is Rory McIlroy.

That golden spell during the summer when McIlroy won the Open, the PGA and the US PGA Championship in consecutive outings was as good as anything golf has witnessed since Tiger in the 1990s.

It will be difficult to follow such a memorable year – something Henrik Stenson discovered during the 2014 season – but I feel that with Rory it will only spur him on to more success.

With his history at Augusta he may feel the Masters owes him one, and that title – the one he needs to complete a career grand slam – would be the Major that he wants most.

PREDICTIONS FOR 2015
McIlroy’s quest for the green jacket aside, I’m looking forward to seeing whether this year’s stars can take their games to the next level over the coming 12 months.

He may be 39 already, but it would be great to see Donaldson continue his ascent by challenging for a Major, along with America’s finest young talents Spieth and Fowler, the latter going very close this year.

We didn’t learn much from his illness-hit comeback earlier this month, though he seemed to be swinging well enough, but it will also be good to have Tiger back on the scene.