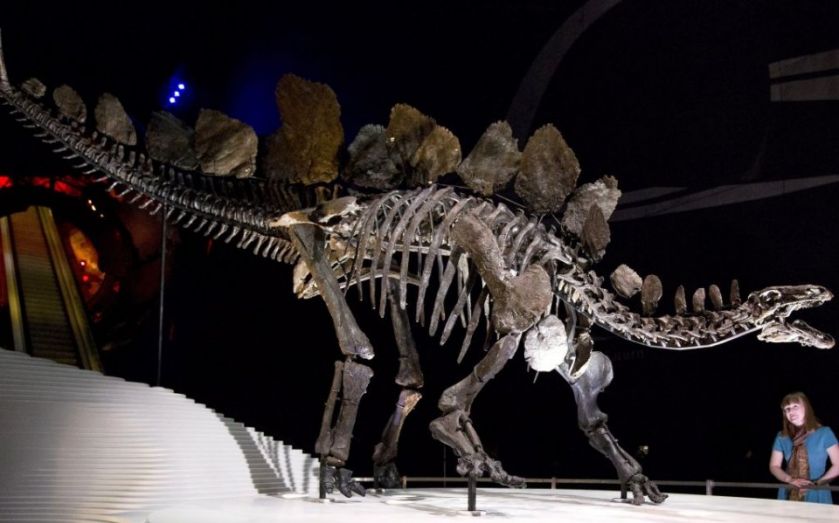 The nights may be drawing in, but this time of year is still about hope shining in darkness. The latest Autumn Statement seemed the other way around: thick with uncomfortable truths beneath Osborne’s despatch-box bravado. Yet despite a stubbornly high deficit, warning lights flashing across the global economy, and business getting attacked for the sake of an electoral edge, there is still good reason to hope. Because it is happening here.

Britain is Great has become a slogan to sell our country’s merits overseas. It’s not a sentiment this understated nation is very comfortable sharing at home. But it is clear we remain more than equal to the challenge.

Just look at the cultural strength of Britain this week. The Natural History Museum unveiled the world’s most complete stegosaurus skeleton thanks to hedge fund manager Jeremy Herrmann. Paddington is a box office smash, and the launch of Spectre, the next James Bond movie, shows a British hero with global appeal – even as 007’s latest car, the Aston Martin DB10, showcases our world-class engineering.

According to new data from Spotify, Suffolk-born Ed Sheeran is the world’s most-streamed male artist this year. Scotland’s Calvin Harris is third. Coldplay is the most streamed group. Londoner Sam Smith’s In the Lonely Hour is the second most popular album (behind Sheeran’s x).

For all its faults, our little nation, having helped to invent the modern world, continues to shape its dreams – all while we are busy learning, studying, inventing, refining and financing ways to make reality even better.

The horizon can seem a bit bleak. And come 25 December, St Nick is not going to gift the Treasury any sacks of gold. But luckily enough, we are the ones facing the problem.