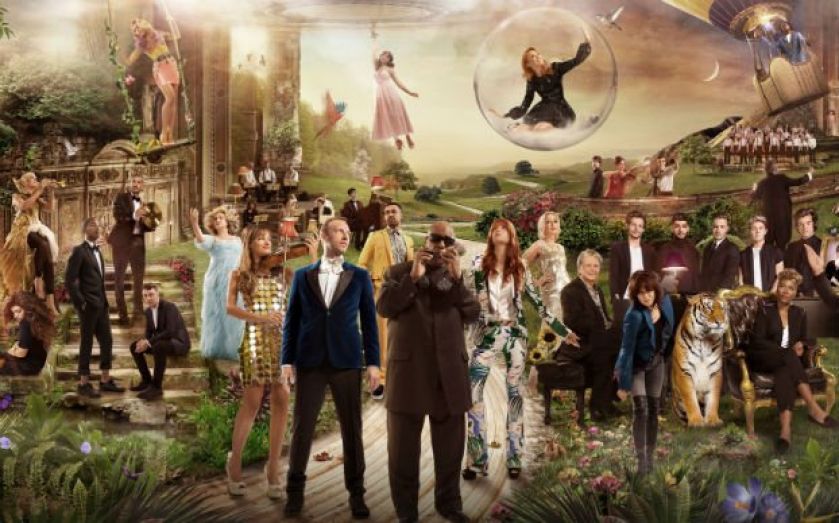 Throw together an all star cast of singers and musicians, from the newly famous to musical legends, sprinkle in a boyband and a rock star or two, and you have the latest song created by the BBC to raise money for Children in Need.

The new version of the Beach Boys song, God Only Knows, features an all star line-up including Beach Boy himself Brian Wilson, Coldplay front man Chris Martin, Happy singer Pharrell, and teen heartthrobs One Direction among many others.

The song recreates the formula used by the BBC 17 years ago (yes it’s been that long) when it arranged a superstar cast of performers to sing along with Lou Reed’s Perfect Day.

Recreating a hugely popular concept (it sold more than a million copies back when people bought CDs), the Beeb has simply lined up a new song with new stars, but which line up is the most impressive?

Whether by accident or on purpose, the BBC has quite evenly matched artists from the two songs. The average age of each cast is around 40, there is a similar mix of US and UK singers and a good spread of different types of musician on each song. There's also Sir Elton John who graces us with his presence in both.

However, data from Spotify on the number of listens to each artist’s most popular five songs is as good an indicator as any of each musician's contemporary star power.

Although it may slightly favour more recent artists due to the popularity of newer songs as well as the younger demographic using Spotify, online streaming does also make older music and artists more accessible than in the past.

Here’s how they stack up against each other.

It's quite overwhelmingly God Only Knows, although it may not live up to the sum of its popular star parts when it comes to the popularity of the song as a whole. We will have to wait and see how many copies are bought and how many times it's downloaded and streamed.

And here’s how that breaks down by artist. U2 may not be too popular among Apple users, but Bono’s leading the way for the Perfect Day line-up, ahead of Lou Reed, David Bowie and Elton John.

Chart notes: Where a single artist appears but became famous in a group, figures for the band have been used.