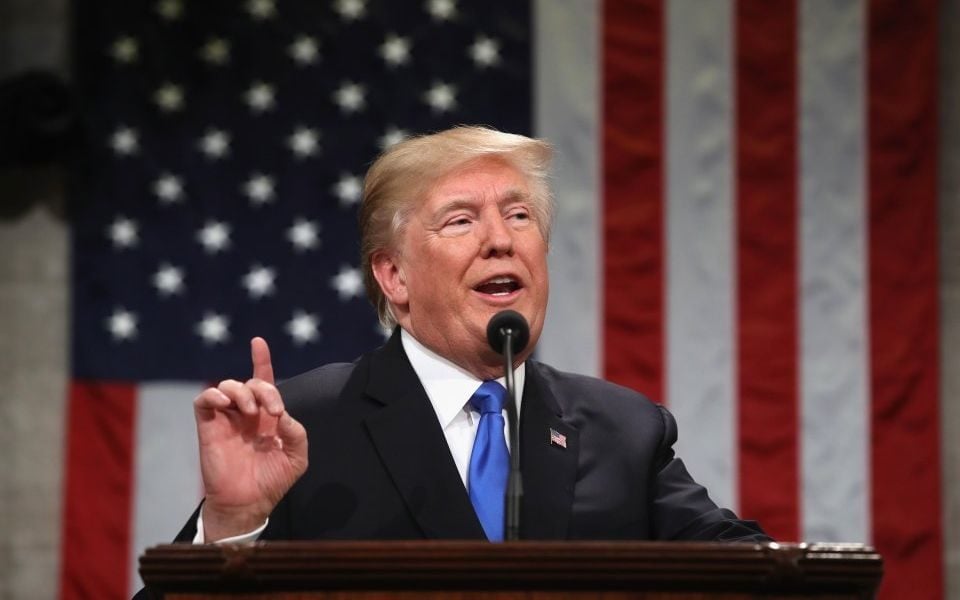 US President Donald Trump’s latest threat to ramp up tariffs on Chinese goods rattled global markets yesterday at the start of a crunch week of negotiations between the White House and Beijing.

Trump tweeted over the weekend that tariffs on $200bn (£153bn) worth of goods from China would be cranked up to 25 per cent this Friday from the current rate of 10 per cent, in a sign that the two sides remain at loggerheads.

He also said an extra $325bn of Chinese goods will “shortly” be taxed at a rate of 25 per cent.

Trump tweeted yesterday: “The United States has been losing, for many years, 600 to 800 billion dollars a year on trade. With China, we lose 500 billion dollars. Sorry, we’re not going to be doing that anymore!”

The President’s intervention saw volatility make a dramatic return to trading floors across the globe.

Traders initially fled stocks, causing the S&P 500 index to open down 1.2 per cent, before later trimming its losses to close 0.5 per cent down.

The industrial-focused Dow Jones index opened down 1.3 per cent, before closing 0.3 per cent lower.

Despite the slump, US stocks reached a new all-time high relative to global equities and US-centric equities even managed to post gains.

The pan-European Stoxx 600 index ended 0.9 per cent lower, in its worst day in about a month and a half.

Shares in the US technology and materials sectors – key areas of trade between the countries – were hardest hit. US company Microchip Technology fell by 3.7 per cent, while chemicals firm Dow Du Pont ended down 3.6 per cent.

Gregory Daco, chief US economist at Oxford Economics, said markets had “become numb to the risks of escalating trade tensions, assuming that a comprehensive trade agreement was about to be signed”.

Following Trump’s comments, a Chinese foreign ministry spokesperson said the Chinese delegation was still “preparing to go to the US for the negotiations” scheduled this week.

It remained unclear whether lead negotiator and Chinese vice-premier Liu He would attend as originally planned, or refuse to fly to Washington in protest at the promised tariff hike.

Paul Donovan, chief economist at UBS Global Wealth Management, said recent progress in the talks and apparent US concessions “suggest that this is more likely to be a negotiation tactic than an obvious threat”.