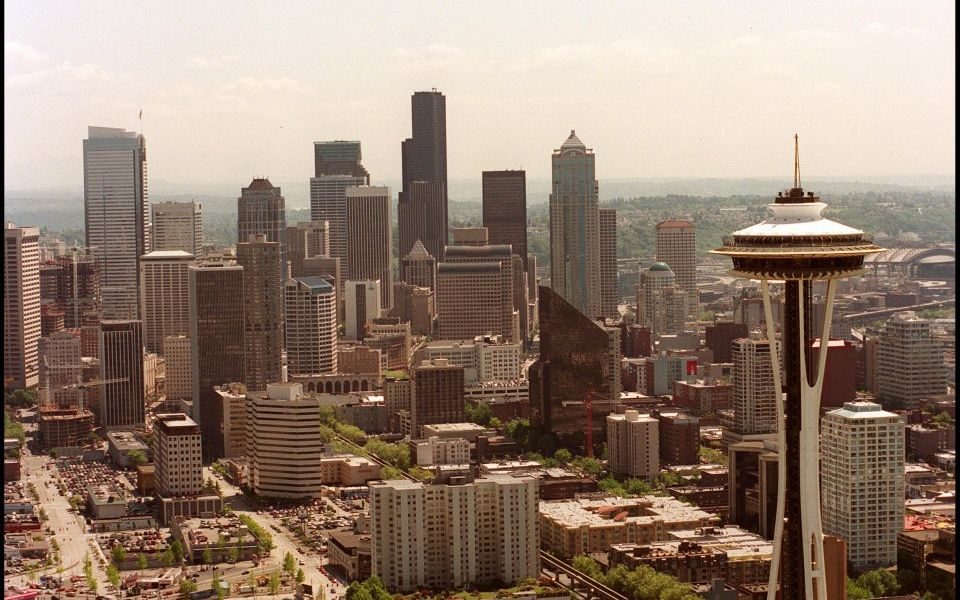 The Schroders Global Cities Index ranks the fastest growing urban economies in the world, focusing on the potential for property investment. Read more on the Global Cities Blog. On this post, we examine Seattle's success and its future prospects .

Sitting at no.25 in the Global Cities Index, we rate Seattle as a top global city for a number of reasons. It offers:

Few cities can offer both world class technology companies and an affordable cost of living. Seattle is one of them, even growing more rapidly than California’s iconic Silicon Valley.

On the Global Cities blog we focus on centres that people want to live and work in. Although it has its challenges, we believe Seattle is one of these.

Tech hubs such as San Francisco have seen slower job growth in recent years but Seattle has remained steady. It now boasts an unemployment rate of just 4%, one of the lowest in the country.

For years, the city has been regarded as a two-trick pony: namely Amazon and Microsoft. But the presence of these tech giants has attracted its competitors. Google and Facebook now have a substantial presence while Apple has a smaller footprint in the city. The effect on real estate is clear.

The chart below shows the total office space of Facebook, Google and Apple. Office vendors have clearly benefited, securing leases with companies with little credit risk.

The emergence of the Bill and Melinda Gates Foundation has also helped spur a life science presence.

But with all that said, the city’s success is still heavily linked to Amazon. It occupies six million square feet of office space, but it has committed to raising this to 10 million square feet over the next few years, including the construction of three stunning “biosphere” buildings. The company currently has more than 8,000 Seattle-based jobs listed on its website.

Offering a lower cost of living

Silicon Valley remains America’s tech capital, but more workers are being put off by its rising cost of living.

Seattle, on the other hand, is offering a better balance of both. The below compares house prices for the property sub-markets of San Francisco (left) and Seattle (right) where the biggest firms are based. In many instances, prices in San Francisco are double that of Seattle. The city is not without its challenges, which prevents Seattle from featuring higher up on our Schroders Global Cities Index. While the tech sector’s strength is a positive, it is also a weakness.

We prefer cities with well diversified economies so that one sector is able to pick up leases if there’s a downturn in another.

One potential growth driver for the metro area should be Seattle’s port which can offer alternative employment.

In 2015 the port merged operations with the port of Tacoma, Washington. It’s hoped that consolidation will keep both ports on the map of global trade routes and gain market share from the likes of Long Beach, the country’s largest port.

It’s also fair to say that some of Seattle’s companies are becoming more than just tech firms themselves, reducing the impact of a tech downturn.

Amazon for instance is piloting “AmazonGo” in downtown Seattle. This is a convenience store concept that allows shoppers to pick up goods from the shelf and walk out.

The cost is automatically billed to a shopper’s Amazon Prime account. It is part of Amazon’s expansion into the lucrative grocery store market.

Seattle also has a serious traffic problem. Last year TomTom ranked the city as second worst in the US for rush hour congestion.

However, the city is making efforts to improve the situation. “SoundTransit”, a light rail line between metropolitan Seattle and Washington State, was opened last year.

Nearly $1bn has also been committed for investment in rail and road in the next decade to help the city alleviate congestion.

We often talk about wanting to own companies that have buildings in cities where people want to continue to work and play.

As the tech giants continue to add jobs, Seattle should continue to gain on markets with housing affordability issues like San Francisco. As ever, we keep a close eye on local Real Estate Investment Trusts and invest in opportunities that are appropriately priced.

Note: the regions and companies mentioned in this article are for illustrative purposes only and not a recommendation to buy or sell