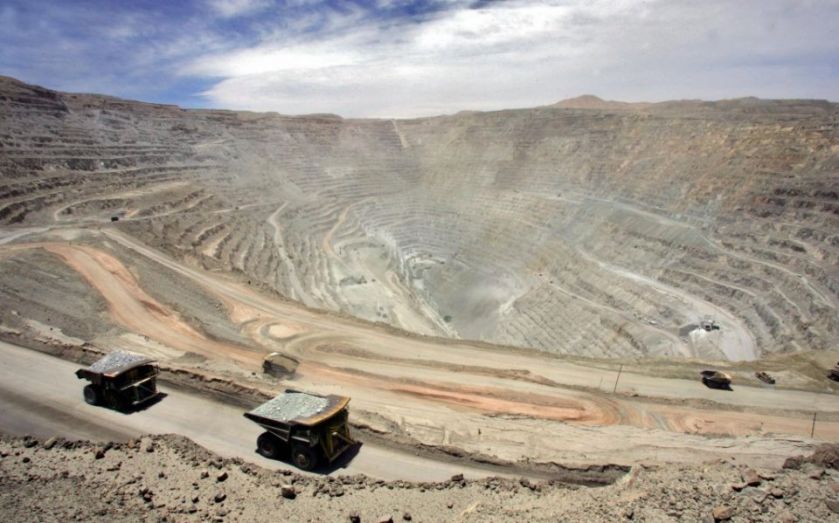 The company said adjusted earnings before interest, tax, depreciation and amortisation – another measure of profitability – fell 29 per cent to $4.6bn.

Not surprisingly, it recently said capital expenditure would be cut to $6bn in 2015, down from a previously range of $6.5bn to $6.8bn. Today it added it would be "no more" than $5bn next year.

Shares in the company fell to a new record low, shedding 8.6 per cent to 160.8p per share, in late trading.

Read more: Glencore to cut capex by $800m as mining is hit

The rout in global commmodity prices consistently pushed miners to the bottom of the FTSE 100 recently.

A supply glut has hammered global oil prices, while copper prices have fallen to six year lows in recent weeks amid concerns over China's economy.

Glencore, for whom commodities are the main profit driver, has seen its shares shed around 41 per cent so far this year.

The company's fortunes have changed markedly since the middle of last year, before oil began to slide. Glencore contacted rival Rio Tinto regarding a potential mega-merger. However, after a consultation with its financial and legal advisers, Rio Tinto concluded it was not in the best interests of its shareholders.

Against a challenging backdrop for many of our commodities, we have taken a range of pre-emptive actions in respect of our balance sheet, operations and capital spending/recycling in order to preserve our current credit rating and sustain our track record on equity distributions.

Our core industrial assets remain well positioned on their respective cost curves. We remain by far the most diversified commodity producer and marketer and are well positioned to benefit from any improvement in pricing when it finally and inevitably materialises. Our principal objective remains to grow our free cash flow per share and return any excess capital in the most sustainable and efficient manner.

Tumbling global commodity prices – including significant falls in oil and copper, as well as other precious metals – have continued to hack away at Glencore's profits.