Ghostbusters is the best case for capitalism you'll ever come across 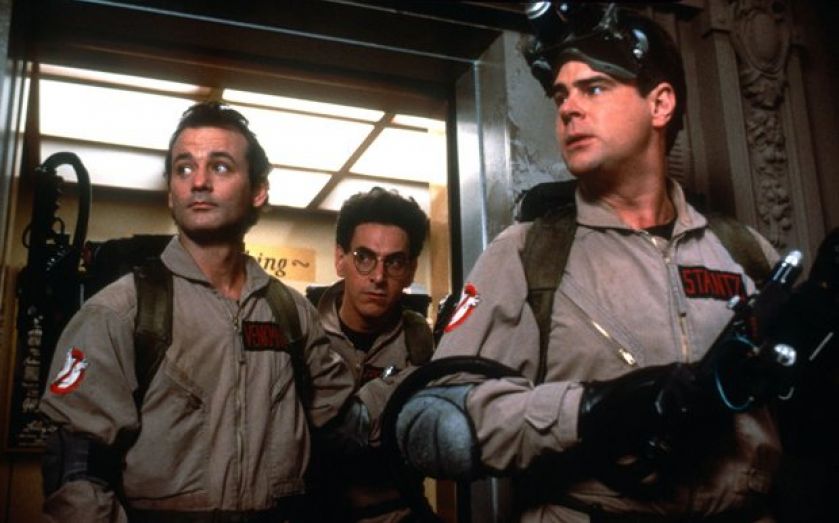 YOU DON’T know what it’s like out there. I’ve worked in the private sector. They expect results!” Harold Ramis, the writer of the endlessly quotable Ghostbusters, died this week. It’s a sad loss of a huge talent, a man with the rare gift for blending insight with popular entertainment.

Take Ghostbusters. Superficially, a silly 80s movie. Beneath the surface, a celebration of free enterprise unlike almost anything in the Hollywood canon. Instead of the conventional big business villain, this is a story about a heroic startup struggling against the follies of an over-zealous, self-interested regulator.

Ghostbusters refuses to treat public officials as removed from human weakness. Instead, it shows them putting their own concerns first. To win the approval of mayor Lenny Clotch, Peter Venkman has to play to the mayor’s interests: “if I’m right, and we can stop this thing… Lenny, you will have saved the lives of millions of registered voters.” And the nefarious Walter Peck of the Environmental Protection Agency reveals his peckerless nature by abusing his office (and nearly destroying the city) to get his own back for a petty personal slight. As the Ghostbusters protest that he is interfering with private property, Peck forces them to unleash the captured ghouls, saying, “You had your chance to cooperate, but you thought it would be more fun to insult me. Well, now it’s my turn”.

But Ghostbusters is far richer than some blithe, pro-business tract. It readily pokes fun at the absurdity of accountant Louis Tully, when he reduces everything and everyone at his party to a monetary value. The film doesn’t celebrate the power of the market for its own sake, but because deflating false claims to authority, celebrating entrepreneurial innovation and denying a blindly actuarial view of human value are all of a piece.

Sometimes good comedy seems too funny to take seriously. That’s a mistake. Ramis was a comic writer, but that doesn’t mean he wasn’t concerned with wisdom. As another great American humourist Mark Twain wrote, “Humour is the great thing, the saving thing after all”. Comedy’s strength is its ability to see past grand theories to the human reality beneath. Ramis would prove the point triumphantly with Groundhog Day, which he co-wrote and directed. A very funny film, it is also a deep meditation on the texture of a meaningful life.

So with Ghostbusters. Both comic and heroic, Ramis’s screenplay shows that individuals can make a difference and save the day, but appreciates that their interests are more truly aligned with the public good by commerce than by election or quangocratic appointment. It doesn’t glibly celebrate free markets for their own sake, but acknowledges their power to serve human interests. Ramis made a film that sticks in the memory, that allows us to laugh at the very idea a regulator won’t be just as ordinary and self-interested as everyone else. He knew that when there’s something strange in your neighbourhood, calling on the government is a punchline, not an answer.