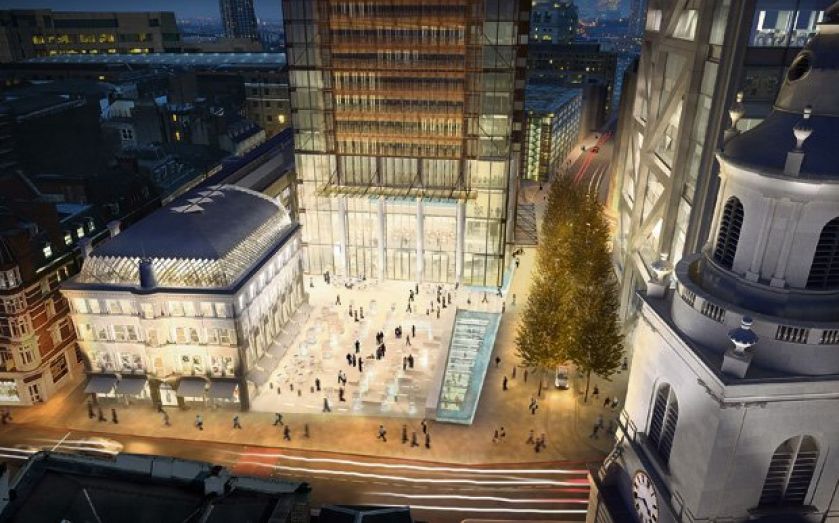 SINGAPOREAN property group UOL has made its first foray into Europe after buying Gerald Ronson’s Heron Plaza development site in the City for £93m. The property tycoon won planning consent in 2011 to build a 43-storey Four Seasons hotel and residential complex next to the Heron Tower on Bishopsgate. His firm Heron International was originally seeking a joint venture partner, but put the site up for sale after a restructuring at the company and receiving several offers for the project. UOL, which runs 30 hotels in Asia, Oceania and North America, said it would push ahead with the scheme designed by PLP architecture. It plans to operate the hotel under its flagship “Pan Pacific” brand. Group chief executive Gwee Lian Kheng said: “We are delighted to have acquired this prime site in London’s central financial district as part of our overseas strategic expansion…We look forward to establishing a good rapport with the local community as we embark on the development of this project.” Ronson said: “Heron Plaza is a landmark site in the heart of the City of London, which we have owned for almost 15 years. The demand for the site demonstrated that there is significant inter­nat­ional interest in acquiring prime London assets and we are capital­ising on this opportunity.” CBRE, Savills and Taylor Wessing acted for Heron. UOL was advised by Berwin Leighton Paisner.