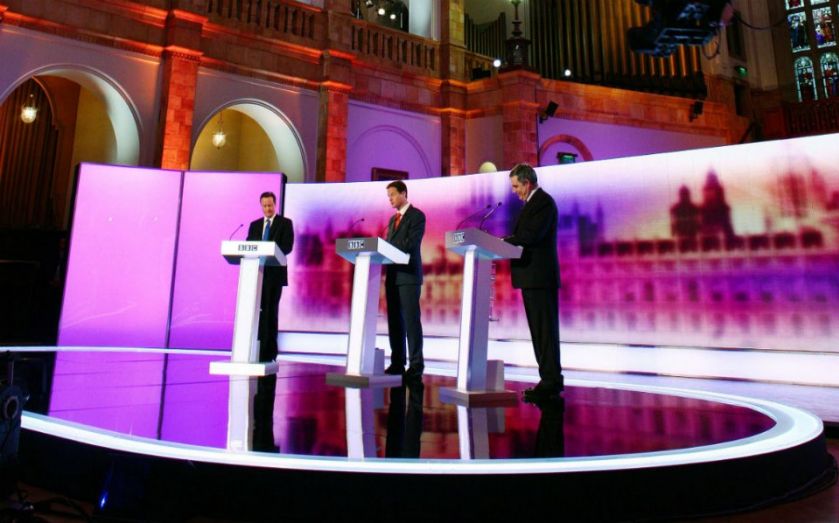 1. Most people think they're a good thing

2. But the debates wouldn't sway votes for most

Broken down by supporters, it wouldn't sway votes of most Conservatives and Ukipers, but would for Lib Dems. For Labour, it's almost equal for those who say it would help make their mind up and those who it wouldn't help decide.

3. The public is split on whether there should be a head to head between Cameron and Miliband

The majority of Conservative's, Lib Dem's and Ukipers think there shouldn't be a head to head, with only Labour supporters in favour, however.

4. Everyone thinks Cameron is scared of the debates…

5. Most blame Cameron for the breakdown in talks…

except the Tories, the majority of whom think both Cameron and the broadcasters are equally to blame.

6. The majority of people want the head to head to go ahead even without Cameron…

except the Conservatives, the majority of whom believe the debates shouldn't go ahead without Cameron.

All data based on YouGov polling.