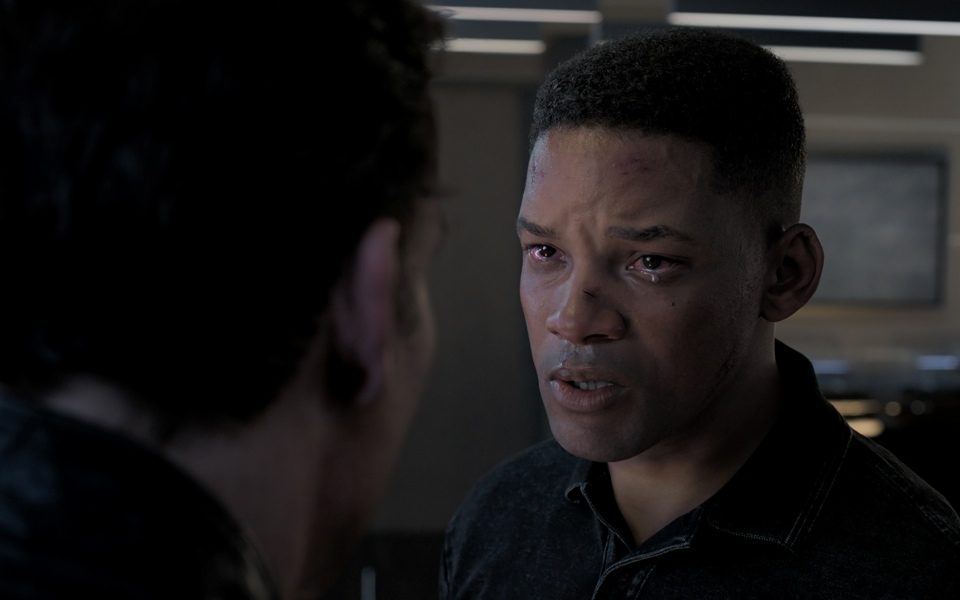 Ang Lee’s latest film, Gemini Man is remarkable for two reasons. Firstly, it stars regular Will Smith facing off against a digitally de-aged Will Smith, in a feat of cinematic engineering that is genuinely very convincing.

Thanks to whatever manner of advanced Snapchat filters Ang Lee brought to bear upon the actor’s motion-captured face, Smith the Younger descends into the uncanny valley and emerges out the other side largely unscathed.

Secondly, the entire thing was shot in 3D and at 120 frames per second, lending the film what Ang Lee must believe is a hyper-realistic aesthetic, as though it’s a theme park ride and an actual giant Will Smith is cartwheeling around at the front of the cinema. But the true effect of a framerate five times smoother than the standard 24 frames per second is that Gemini Man resembles a feature length Crimewatch reconstruction. You have to resist the urge to call up Nick Ross after each fight scene to let him know that you recognise one of the guys from Hitch. Everything looks too crisp, too clean, like on those new televisions that upscale everything in the blind pursuit of fluidity, so that even the grittiest noir movies look like an episode of Coronation Street.

Anyway, whatever framerate you watch it at, Gemini Man is the kind of action flick so stultifyingly generic that you begin to forget about it while you’re still watching, like how they have to start repainting the Golden Gate bridge before they’ve finished the previous coat. Smith raised to the power of Smith is a surprisingly unthrilling formula, and the director is so convinced otherwise that the rest of the cast simply orbit lethargically around him/them. Gemini Man may be a technical tour de force, but the baubles disguise a predictable action caper that could itself have been cloned of any number of other middling films. We can only hope that Will Smith at least got two paycheques for his trouble.