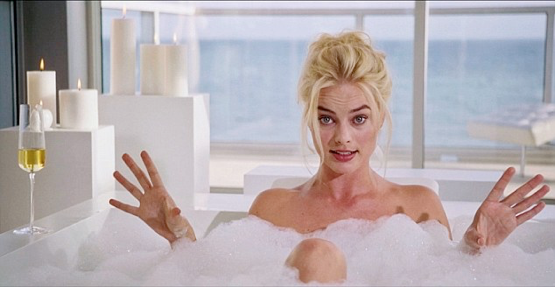 Shares in struggling videogame retailer Gamestop have soared more than 300 per cent in the past week after a tug of war between Reddit investors and hedge funds.

The popularity of the bricks-and-mortar retailer which sells shrink-wrapped video games has dwindled in recent years as consumers shift to digital downloads.

Although hedge funds have taken out large short positions in the firm, an army of Reddit investors have flocked to the nostalgia stock in the past week lifting its share price to new heights. Even the likes of Elon Musk and investor Chamath Palihapitiya are getting involved.

In a subreddit called Wall Street Bets, retail investors have zeroed in on Gamestop.

At the heart of the story is short selling by hedge funds. Short sellers borrow and sell shares in a bid to make gains if the price falls.

Gamestop is the most shorted stock on Wall Street. Its sales dropped by a third between 2015 and 2019 and was in the red again in the first nine months of 2020.

This happens when a share price that was expected to fall actually rises and the short sellers have to buy back the stock to fulfill their obligations, driving the price up further.

Are traders taking the fight to hedge funds?

For many Redditors it’s not just about making a profit at the expense of hedge funds, instead, it speaks to a generational divide.

“What is so unusual is the peculiar vigilante morality of the traders pumping the stock on /r/wallstreetbets. They seem hell-bent on taking on Wall Street, they seem to hate hedge funds and threads are peppered with insults about ‘boomer’ money,” Neil Wilson, chief markets analyst at Markets.com said.

“It’s a generational fight, redistributive and all about robbing the rich to give to the millennial ‘poor’.”

New York hedge fund Melvin Capital took out a large short position in Gamestop and has reportedly been bailed out with more than $2bn to cover its losses.

The dominant narrative has been one of taking back control from Wall Street but some hedge funds have still made a hefty sum from the rally.

Senvest Management has cashed in nearly $700m from the Gamestop rally after it sat on stock it bought last September, according to the Wall Street Journal.

Mudrick Capital Management which provided a lifeline to another memestock, AMC Entertainment, has reportedly made $200m largely on AMC shares.

Will there be implications for markets more generally?

The Reddit phenomenon is not limited to Gamestop stock. Wall Street plunged last Wednesday as retail investors piled into nostalgia stocks like Gamestop, AMC Cinema and even Nokia.

Hedge funds that took out short positions in Gamestop may need to liquidate their other positions to cover their losses which could prompt a huge selloff and in the worst case scenario, a “flash crash”.

If a hedge fund goes bankrupt because of its losses its broker has to buy back the shares the hedge fund borrowed and sold so the shares can be returned.

But this week there has been somewhat of a correction. On Tuesday Gamestop shares plunged more than 60 per cent before clawing back some of its losses on Wednesday, closing at $92.41.

The rally extended into silver as day trader set their sights on the precious metal, which reached an eight-year high on Monday.

What are the risks for investors?

What the Reddit investors are doing is technically not against the law but the coordinated buying could at worst be considered market manipulation.

Last week the Securities and Exchange Commission said it was working with regulators to “assess the situation and review the activities of regulated entities, financial intermediaries, and other market participants”.

Analysts are worried that investors are unaware of the risks involved in the “pump and dump”.

“There is a failure to understand that the only way to realise paper gains after this ramp (pump) is to sell (dump); and in so doing offload your unwanted stock on someone (the greater fool) who thinks it will go even higher. Which is not what stock markets are designed to achieve,” Madden said.

Russ Mould, investment director at AJ Bell warned investors that “any purchase or sale they make fits with their overall strategy… and appetite for risk. Departing from these key disciplines can lead to trouble especially as financial markets are often at their most treacherous when making money looks easiest (just think of the peaks in 1999 or 2007).”