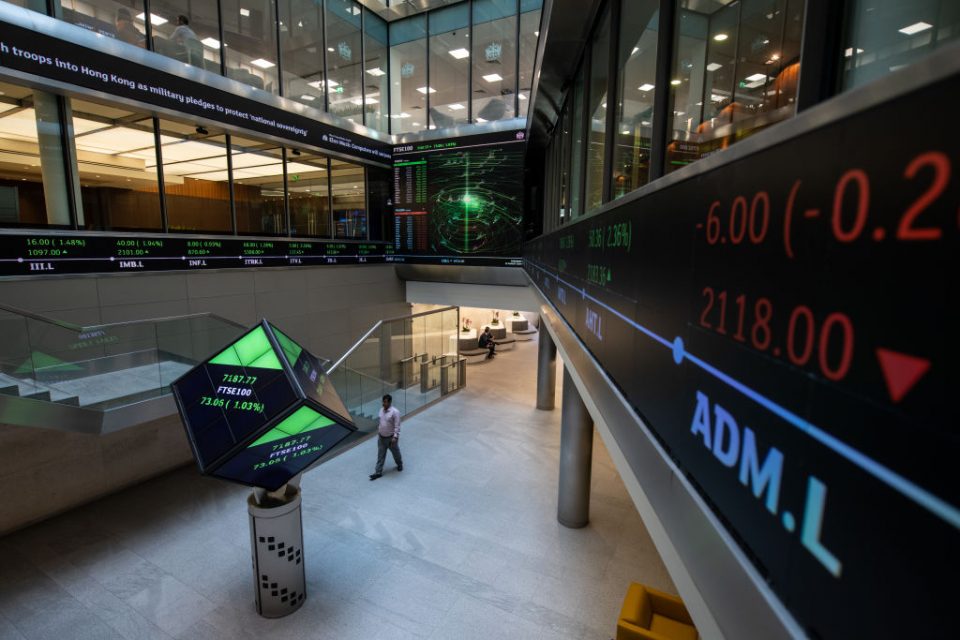 European markets including the FTSE 100 opened higher this morning, as traders began the week with growing optimism over the current US-China trade war.

London’s blue-chip index rose 1.1 per cent to 7,384 points in morning trading, while the Dax and the Cac also made similar gains.

The higher opening followed rises in Asian stock markets overnight, with benchmarks in Shanghai, Hong Kong and South Korea all pushing ahead.

US commerce secretary Wilbur Ross told Bloomberg TV yesterday that “we’re making good progess” regarding the standoff between the US and China over tariffs.

On Friday Wall Street hit fresh record highs as upbeat labour market data pushed the S&P 500 up one per cent to 3,066.

A report on Chinese manufacturing also soothed jitters about a slowdown in the global economy.

“There are concerns aplenty over the state of the world economy but hope springs eternal that a trade deal can be done,” said Neil Wilson, chief market analyst for Markets.com.

Wilson added: “Noises on trade are quite positive. US commerce secretary Wilbur Ross says he’s optimistic the US and China will ink this phase one deal.”

David Madden, market analyst at CMC Markets, said: “Now that the Brexit chatter has cooled, the talk surrounding the UK general election has entered the fold. Opinion polls have put Boris Johnson’s Conservative Party in the lead, which has given a lift to the British pound. The business friendly policies of the Tories have encouraged dealers to buy into sterling.”

“Investors were upbeat at the start of the new trading week following optimistic comments from US commerce secretary Wilbur Ross about a US/China trade war resolution,” according to AJ Bell investment director Russ Mould.

DEBATE: As the Big Four firms continue to dominate audit, have government efforts so far to reform the market failed?