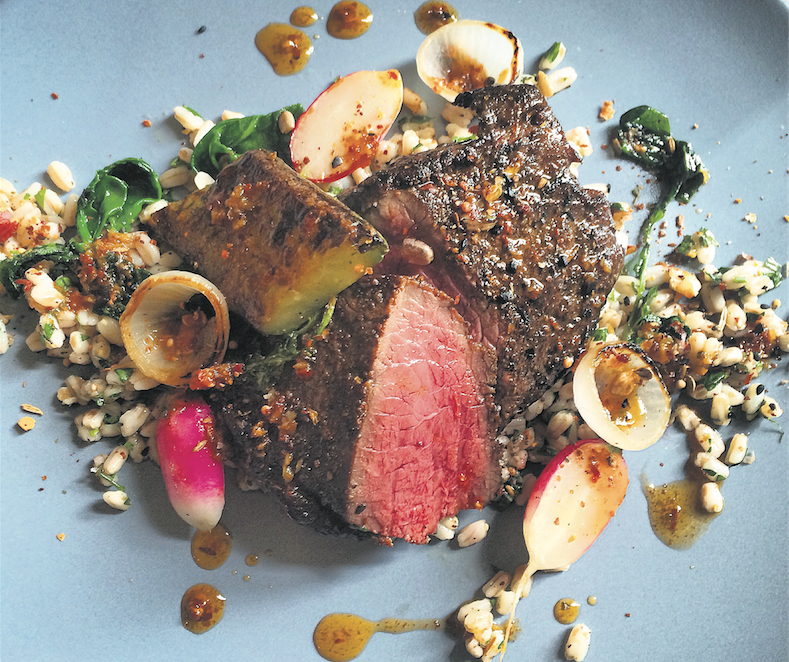 Cost for two with two rounds of beer: £50

This week you’re getting a bargain: I’m going to tell you about two new restaurants, which share just enough superficial similarities for me to splice them together into a single review. You don’t have to pay extra for the second one; it’s on me. I’m feeling generous. Come to think of it, you don’t have to pay for the first one either. Lucky you.

These restaurants are located either side of Covent Garden, so you can have lunch in one, dinner in the other and watch a man juggle in-between. Both are austere in their design, with whitewashed walls and minimal decoration. And both are excellent.

The first is Native – it writes its name “nat•ive” but I’m not doing that – nestled down Neal’s Yard. It’s the first restaurant from Ivan Tisdall-Downes and Imogen Davis, who used to run a successful supper-club. It consists of a tiny upstairs with an open kitchen, and a tiny, windowless downstairs, accessed via a spiral staircase. It isn’t the most bewitching of venues but they’ve spruced it up with feathers and antlers and wreaths that look like they came from the set of The Wicker Man. The asceticism may be Scandinavian but the menu is thoroughly, mercilessly British, filled with foraged ingredients and just-killed game.

As I sat down, a siren went off; not the kind that suggests you’ve won a mystery prize, more the kind that indicates something is on fire.

“I’m sorry,” said the waitress (who I’m pretty sure was Imogen Davis), fanning a smoke detector. This was followed by dozens more apologies over the following 90 minutes, for incursions both real and imagined; not bringing glasses, bringing too many glasses, not taking glasses away. They really needn’t have bothered, because everything was perfectly lovely.

The menu warns that the game is wild and may contain traces of shot, and we were informed that there was no rabbit on the menu (“sorry!”) because it was too cold for them to emerge from their burrows this morning; that’s how fresh it is.

I started with a pheasant kebab piled high with beet hummus and spicy harissa, which was excellent. I then learned that alexander is a type of flower not dissimilar to courgette flower, which is delicious when fried in tempura batter. This came with hay-smoked carrots, which my Northern friend Nick insisted were “just carrots”. I assured him they’d probably been shot that very morning.

I also had a beautifully cooked venison steak with cauliflower puree, crispy onions, salsa verde and a drizzle of oil, which was bright and simple and really, really well put together. Nick had fried pheasant – which was a little dry – with bubble, and confit garlic.

Between courses I had a nice chat with Imogen about how the restaurant used to be a bead shop, and how they were supposed to open in October 2014 but events conspired against them, and how she used to sometimes come in and sit among the beads and wish there was a restaurant there, which is such a heartbreaking image that I’m glad it all worked out.

“She knows who you are,” hissed Nick. “She must do – nobody is that nice.”

There’s a fizzy, shambolic energy to Native that I hope doesn’t wear off after it’s been open for a while. The bill came to £50 including two rounds of beers, which is ludicrously good value. 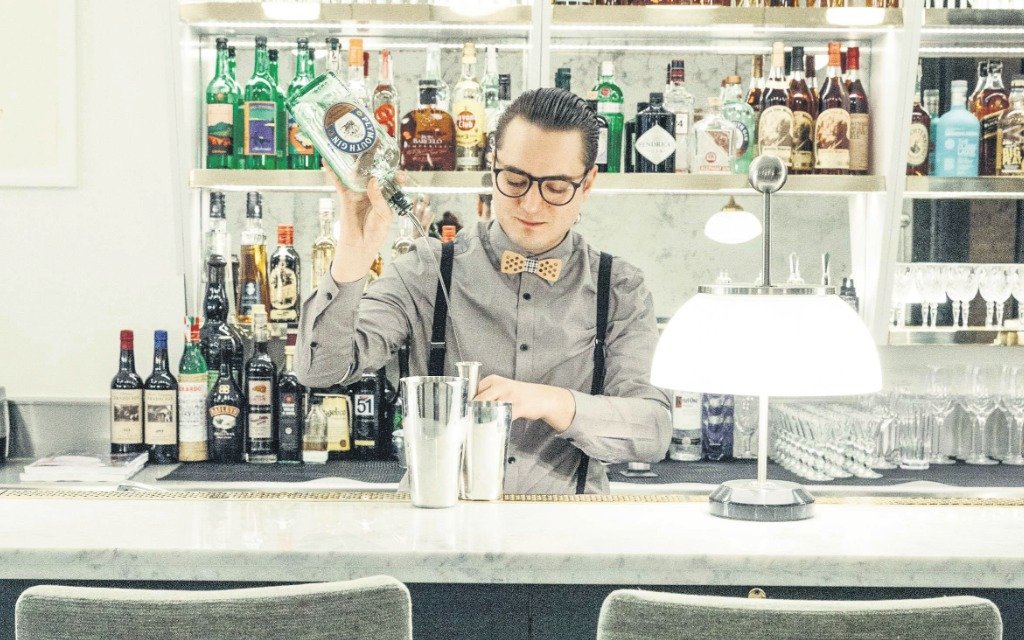 The bar-tender at Frenchie makes a mean Old Fashioned

So then I walked outside and watched a human statue and bought an iPhone and got pick-pocketed and did all the other fun things that you can do in Covent Garden before I headed over to the second restaurant, Frenchie.

This is the first UK outpost of Grégory Marchand’s petit empire, which also encompasses a lauded Parisian restaurant and a wine bar. It got its name from when Marchand used to work for Jamie Oliver at Fifteen, where the cockney mug used to call ‘im Frenchie, because ‘es all abaat the banter, nawwata mean? Marchand has also worked in revered establishments including New York’s Gramercy Tavern and the Savoy. He gets about.

The Frenchie dining room is less spartan than Native’s, but not by much. The decor – courtesy of set designer Emilie Bonaventure – includes photographs of building sites and girders, but it’s mostly white, with the odd flash of wood or zinc or copper. It’s the perfect backdrop for the food, which has more than enough energy and colour to fill the space.

The food – a total of 14 options, designed to be shared – ranged from very competent to fantastically good.

Dishes in the first camp include Clarence Court egg mimosa with truffle shavings; thick-cut veal and scallop tartare with crunchy endive; lamb pappardelle with olives and chilli; and a giant blob of creamy banoffee pudding.

But it’s those in the second category that have me salivating as I write this: sweet and salty bacon scones with clotted cream the shade of an egg yolk. Roasted carrots with vadouvan – a French masala blend – dates and barley, which provided the evening’s most intriguing combination of colours and textures. A bright green dessert of sorrel foam, sour apple sorbet, meringue and crumble (which loses points for being noticeably smaller than the one given to the guy at the next table). And best of all the Cornish whiting, as robust and translucent as its larger cousin the cod, with various iterations of mushroom – button, shiitake, an extravagant smear of puree – delicate, subtle, utterly moreish.

While Native still has the nervous exuberance of a new opening, Frenchie is brimming with the kind of confidence reserved for restaurants that already know they’re at the top of their game. The service is self-assured. Even the music is just right. My only quibble is the prices: smaller dishes range from £5-9 and bigger ones are £10-24. You’ll need two of each and a couple extra for good luck: it’ll take your money quicker than the Covent Garden pickpockets, but you’ll be glad you spent it.