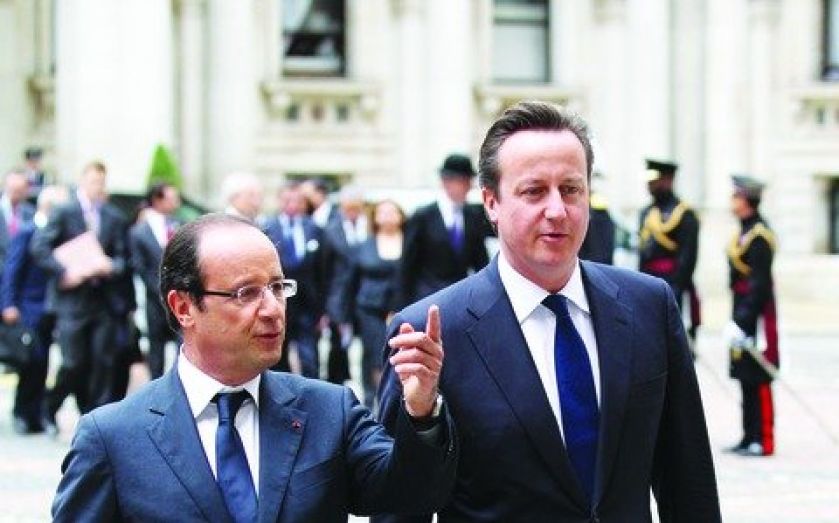 HIGHER taxes and an anti-business attitude are driving French bankers and high-fliers out of Paris and into London, City A.M. has learned from recruiters and estate agents. Socialist President Francois Hollande’s planned 75p top tax rate was the flagship policy in his election campaign – but instead of raising cash from the super-rich, it could simply drive them abroad. Prime Minister David Cameron has pledged to capitalise on the French leader’s policies, this summer saying he would “roll out the red carpet” to French firms put off by Hollande’s perceived anti-business stance. London-based recruitment firm Astbury Marsden, which specialises in the banking sector, has seen a 51 per cent rise in French-language applicants in recent months, compared with the same period of 2011. “There is a definite spike in French-speaking candidates,” said managing director Jonathan Nicholson. “We have not seen similar increases in candidates from other countries, so it may well be connected to May’s change in government in France.” Surveys from TotalJobs.com have found 42 per cent of French workers are willing to move to the UK. Similarly, only 32 per cent of the global workforce would be happy to work in France compared with 49 per cent who are willing to work in the UK, while London is consistently seen as the most popular city among workers internationally. International recruiter Robert Walters told City A.M. that some of the largest French firms are lobbying fiercely against the tax, threatening to move abroad unless exemptions are found for their top earners – although families’ enthusiasm for the move may be dampened by higher living costs in London than in Paris. Meanwhile estate agency Savills has reported rising numbers of French buyers in London since the election of President Hollande – and predicts the trend will grow stronger next year. “There is no doubt that French buyers have made up a significant proportion of our clients this year,” said Savills’ Lindsay Cuthill. “Whereas previously they were not committed long-term, often renting small houses or apartments, since the election they are buying larger houses and looking to stay for longer.” And she expects more families to move in the middle of 2013, ahead of the next school year. “I suspect that the election came at the wrong time for many families, who had already committed to the school year. I predict a sharp rise in moves next year in a second round of relocations.”