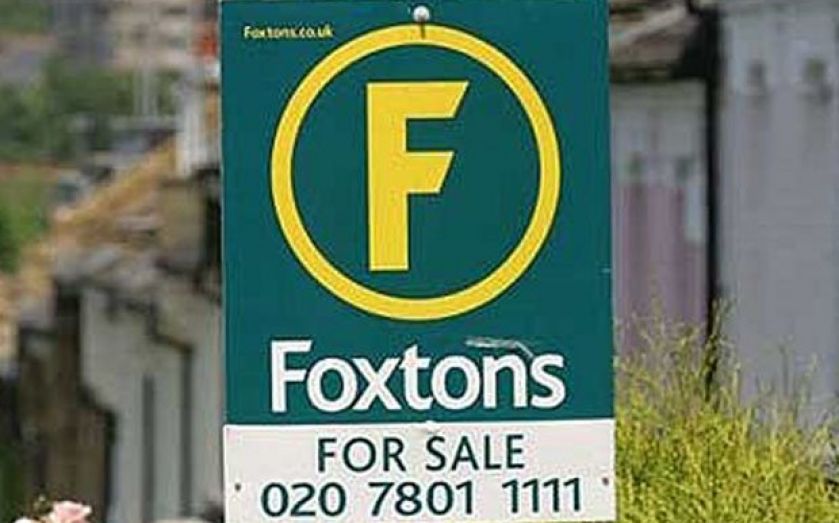 Investors fled Foxton’s shares yesterday after the London property agent warned that it expected a slowdown in the housing market in the second half of the year.

The company, which floated in September last year, said measures introduced by the Bank of England to temper mortgage lending and the expectation of a hike in interest rates were already having an impact on short-term demand.

“Looking ahead to the second half, we expect the growth in transaction volumes to slow from the rapid rate seen in the first half,” chief executive Nic Budden said.

Foxtons posted a 57 per cent jump in pre-tax profits to £23m in the first half of the year, thanks to “higher sales and mortgage volumes” and declared £12.8m payout to shareholders through a maiden interim and special divi­dend.

Sales rose 16.2 per cent to £72.8m driven by strong growth across its sales and mortgage broking divisions, up 20 per cent and 40 per cent respectively.

The company, which last year earned more than half its revenue from its lettings business, is focused on expansion within London, home to 40 of its 42 branches, and has said it is aiming for five to 10 new branch openings a year up to 2018.

New figures showed the rapid increase in borrowing by the capital’s first-time buyers, with surging prices adding to the pressure on mortgage lending.

First-time buyers borrowed £3bn during the second quarter of the year, an increase of 27 per cent on the same three months last year, according to the Council of Mortgage Lenders (CML)

Properties bought by newcomers to the market in London are getting more expensive. In the last quarter, 63 per cent of the first-timers bought properties worth more than £250,000, in comparison to 51 per cent in the same period during last year and 17 per cent in the UK as a whole. Earlier this week, property firm Savills projected no price growth at all by 2016.