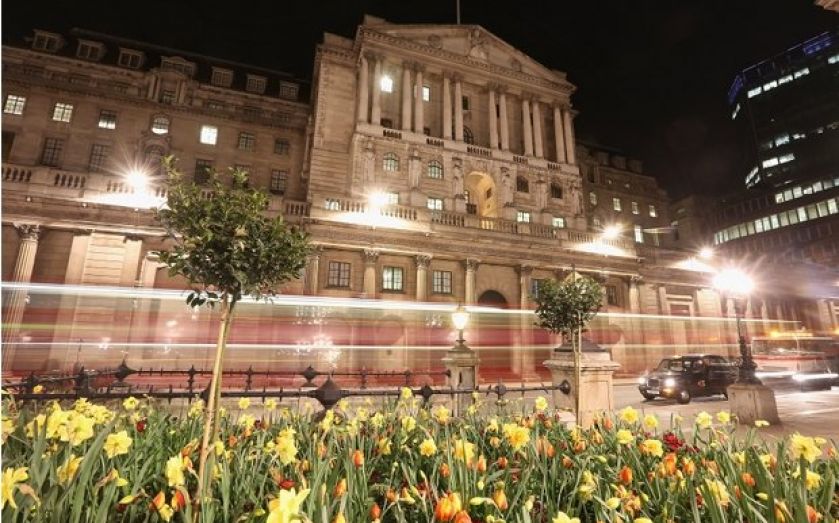 ALMOST everyone will be disappointed by governor Mark Carney’s announcement yesterday. Those hoping the Bank of England would announce more monetary easing will feel let down. And while those of us hoping for strictly rules-based policy do have something to be happy about, Carney needed to go much further.

The Bank has now spelled out its own version of the Federal Reserve’s Evans Rule. The “Carney Rule”, as we might call it, implies that the Bank will commit itself to maintaining interest rates at the present level as long as unemployment is above 7 per cent, and the Bank’s inflation forecast is below 2.5 per cent.

The Bank is right to make its policy rule more transparent. The last five years have been marked by zigzagging, unpredictable monetary policy stopping markets from planning ahead effectively. A more clear policy rule will help to reduce uncertainty. Just as important, the new Carney Rule should mean that the Bank will be less likely to tighten monetary policy prematurely, threatening the recovery.

That’s the bright side of yesterday’s announcement. On the other hand, the Bank is trying to target a real variable – unemployment. This is a mistake. Central banks can directly control nominal variables like the price level or nominal output, but in the medium to long-term, real variables are determined by supply-side factors beyond the Bank’s control.

Second, there is little commitment in the way the Bank has formulated its policy rule. As such, future monetary policy decisions will still be made by the Monetary Policy Committee (MPC) and, if a majority of members want to do so, the MPC might diverge from the rule. This means that markets are still ultimately playing a guessing game about what the Bank of England might do.

Third, the thresholds set by Carney (7 per cent unemployment and 2.5 per cent inflation) are rather unambitious. Indeed, in the big picture, this is more or less where we already are. So there is no commitment to provide further monetary easing, even though the Bank clearly believes that there is still a lot of slack in the UK economy.

A much better rule would have been to commit to stabilising the level of nominal GDP (NGDP), a measure of aggregate demand, keeping market expectations of NGDP growth on a 4 or 5 per cent growth path. This should be combined with an open-ended commitment to expanding the money base to hit this target. This would avoid the nitty-gritty of the Carney Rule and be clearer and easier to communicate to markets.

Monetary policy based on the discretion of “wise men” leads to market uncertainty and panicky jolts as investors react to tiny changes in central bankers’ pronouncements. Replacing the MPC with rules-based policy would bring discipline and predictability to the Bank of England far beyond what was outlined yesterday.

Mark Carney should be applauded for taking a step towards a rules-based monetary policy. It is just a pity the step was so small.

Lars Christensen is chief analyst at Danske Bank and a fellow of the Adam Smith Institute.