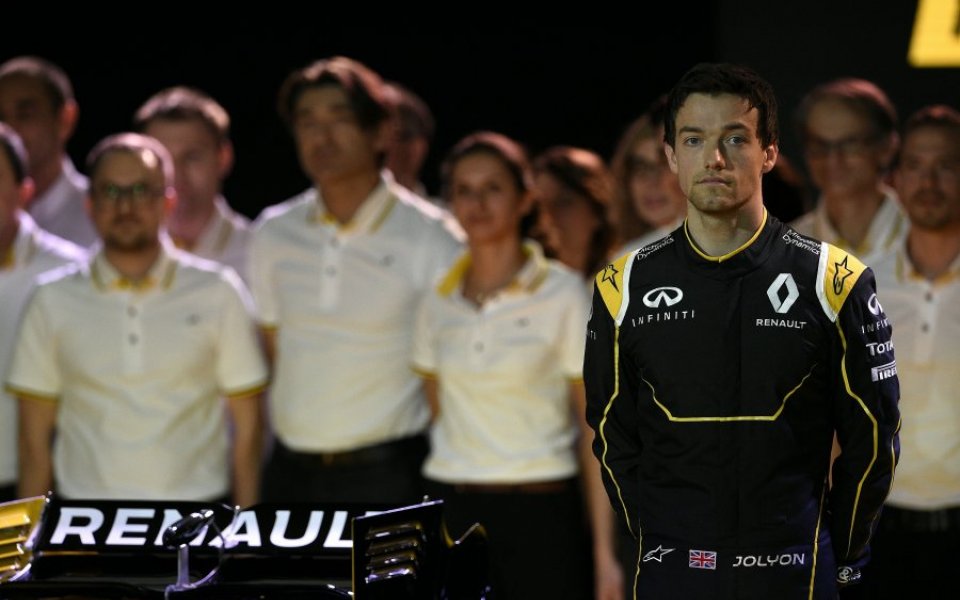 Despite Italian team Toro Rosso being renowned as a breeding ground for emerging flair, there was a particular disquiet among the sport’s veterans when Verstappen was handed his grand prix wings and competitive debut in March last year, aged just 17.

But F1 newcomer Palmer, who will race for newly-branded Renault in 2016, believes Verstappen’s haul of 49 points during the previous campaign is proof enough that generation next is flourishing and a threat to the racing establishment.

“They [older drivers] have pretty much been shut up because Verstappen did such a good job,” Palmer told City A.M. “I mean he made some mistakes which maybe the older guys wouldn’t have made but the raw pace was definitely there.

“To go straight into a top team and fight for the drivers’ title might be slightly different, although Lewis Hamilton showed in 2007 that you can do it. If you look at Marc Marquez in MotoGP, experience is helpful but talent is the biggest thing.

“It just shows what rookies can do. Verstappen did surprisingly well really because he was so young and inexperienced and Sainz did well. Felipe Nasr had a good season too and it shows that rookies are ready to step up. Hopefully I can continue that.”

Palmer is set to make his F1 debut for Renault at the Melbourne Grand Prix next month following their protracted but ultimately successful takeover of financially-stricken Lotus in December.

The 25-year-old will race alongside Denmark’s Kevin Magnussen, a last minute addition following the axing of Venezuelan driver Pastor Maldonado due to sponsorship issues relating to national oil company PDVSA.

“It was a bit messy at the end with Lotus last year but I can only say good things about the Renault change: they have got big ambition, they have got commitment and motivation to win the Championship again,” added Palmer. “That is so exciting for me and it’s just an exciting time. First year, expectations are pretty low because of the late change and the whole takeover happened very late but it is all part of a long-term plan.”

Palmer, who is the son of former Tyrrell racer Jonathan, spent last year as the test and reserve driver for Lotus, and is grateful to be shedding that status in favour of testing himself against the best F1 has to offer.

“As a third driver you are sat on the bench for the entire year. It’s like being the reserve goalkeeper [in football] where the other guy needs to get injured or you don’t play,” said Ipswich Town supporter Palmer.

“It’s frustrating because you want to be racing. I won GP2 so I’ve proven everything that I could in the lower series and I was ready to move up.

“I’m in Formula One and I’m just looking forward to driving my car as fast as I can and to see where I come.”

Jolyon Palmer was speaking at the Zoom charity auction which raises money for Great Ormond Street Hospital. To bid for signed and framed pictures taken by Formula One stars, email info@zoom-auction.com or visit zoom-auction.com.