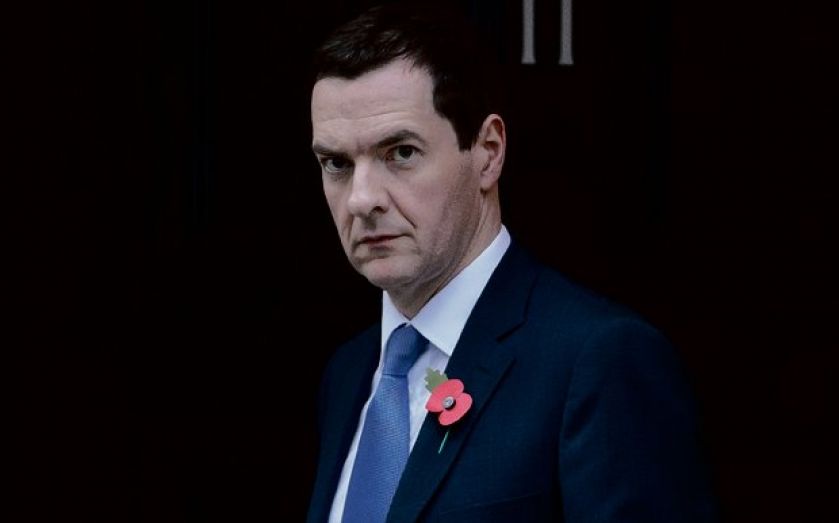 George Osborne has made his name with a commitment to fiscal prudence, backed up by tough cuts to public services. In today’s Autumn Statement, he is expected to reinforce that reputation by announcing a formal target, backed by law, to eliminate the current structural deficit by 2017-18, a year earlier than previously forecast.

There are already doubts over the credibility of the chancellor’s fiscal plans and the announcement of a more ambitious target will only amplify them. Planned cuts to public spending will only be halfway completed by the time of the election. To eliminate the structural deficit by 2017-18, they will need to be accelerated still further.

The chancellor’s new Charter for Budget Responsibility will be his second set of fiscal rules this Parliament, and the UK’s third set of rules since 2007. The country entered recession in 2008 with Gordon Brown’s 2002 rules in place. These required the budget to be balanced over the economic cycle and debt to remain under 40 per cent of GDP. Those rules were breached as the crisis hit and debt ballooned. Osborne replaced them when he entered office in 2010, with commitments to eliminate the structural deficit by 2014-15 and begin reducing debt by 2015-16. In fact, all but four of the official forecasts since 2002-03 have projected the elimination of the structural deficit at some point. It has yet to happen.

These attempts to bring the public finances under long-term control have been plagued by similar problems. Each rule has been tied to a particular, short-term number, whether it be the level of the debt or a date by which it must be reduced. That anchor seems prudent when it is set, but prevents the rule from accommodating unforeseen events. Rules have been abandoned because their inflexibility made sticking to them through crisis unreasonably costly. Durable commitments must have the flexibility to deal with unexpected contingencies.

Not only have the rules been inflexible, but they have suffered from a lack of consensus. Each has been a “big bang” attempt to set the finances on the right course but, during difficult economic times, it will always be tempting for politicians to discard hastily-made rules. Without political consensus to support them, they remain fragile.

If Osborne, as expected, ties his ambitious new target to a specific date, and presses ahead in the face of opposition from the Labour Party, his rule is unlikely to survive much beyond the election. The long-run sustainability of the public finances demands more; it requires an enduring change in the way budgetary decisions are made.

In contrast to his fiscal rules, Osborne has had enormous success with his greatest fiscal innovation: the Office for Budget Responsibility (OBR). It was created in 2010 and has been successful in curbing the problems of over-optimistic forecasts that plagued the Treasury through the 2000s. Its ruthless transparency has lent credibility to the government’s plans and, in only a few years, it has grown in stature to the point that it can openly rebuke the Prime Minister and force changes in the Budget with its forecasts.

Expanding the role of the OBR, commensurate with its growing stature, would help overcome the fits and starts of UK fiscal policy. Where rules are fragile and inflexible, institutions grow and evolve in response to circumstances. As the OBR continues to perform effectively and its credibility rises, it can sustain a greater burden of responsibility for holding the government to account. Already, it has cross-party respect and support: last year, the shadow chancellor Ed Balls asked it to inspect the budgetary pledges of each major party ahead of the election. That is surely a good idea.

Assessment of opposition and government policies is a role already performed by similar bodies overseas, such as the Dutch CPB. The CPB is nearly 70 years old and has gradually taken on a central role in analysing the implications of election manifestos and Budget promises. In America, the Congressional Budget Office has also expanded its purview over time. Both provide indispensable analysis of the implications of the government’s policies and proposals, describing the trade-offs and estimating the costs.

In the UK, the OBR is presently barred from considering the implications of a more gradual austerity programme, or a change in the composition of public spending cuts. Relaxing these constraints would be a far more effective limit on the chancellor’s actions than enacting yet another fiscal rule that will be forgotten within the year. Osborne should face his fears and let the OBR train its magnifying glass on his plans.

James Zuccollo is a senior economist at the think tank Reform. Their report, The Debt Ratchet, recommending a stronger OBR, can be found at www.reform.co.uk