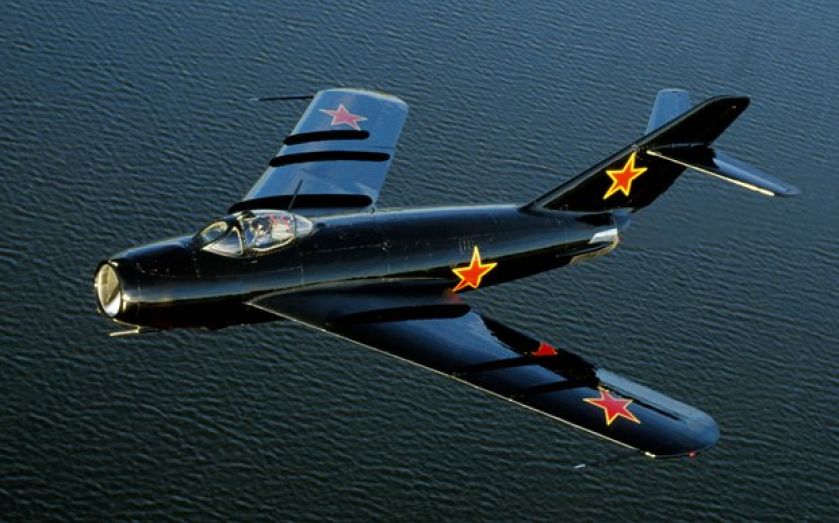 AS ITS currency collapses, protests flare up in Crimea, and Russia flexes its muscles on the doorstep, those in the West claiming triumph in Ukraine should remember the story of King Pyrrhus of Epirus. In 279 BC, this scourge of the Romans managed to best them at the Battle of Asculum, but at tremendous cost. Pyrrhus, aware that means and ends must always be kept in balance in running a successful foreign policy, sadly and sagely responded to his “triumph” by noting, “One more such victory, and we shall be undone.”

So it is for the West following the latest Ukrainian revolution. Having rhetorically lost their heads, EU and Nato countries are presented with two dire choices. Either they must back up their rhetoric with a tremendous outpouring of wherewithal – a vast sum of money the hard-pressed West can ill afford, and likely to go straight down the sinkhole of Ukraine’s crisis economy. Or, more likely, they will do far less, watch the whole enterprise fail, and be confronted by a world that no longer believes the West is willing or able to put its money where its mouth is. Some triumph.

Somewhere deep in the Kremlin, Vladimir Putin must be privately allowing himself the ghost of a smile. For if he can keep control of both his emotions and his troops, ultimate victory can soon be his. It would be suicidally stupid of the Russian President to invade Ukraine, as some fear. It is the one thing he could do that would snatch strategic defeat from the jaws of victory. It would unite the world against him, thereby making available the very funds and commitment to Ukraine that otherwise will not be provided. Such an outcome would not be politically tolerable for Putin, and would at a minimum confirm for everyone what is becoming glaringly apparent; Russia is simply not a great power anymore, given its demography, endemic corruption, and an economy wholly dependent on the spot price of oil and natural gas.

No, from Putin’s point of view, far better to do far less, let Western over-promising run its course, have Ukraine limp along, underlining how badly it needs Russian help and support. A weak, but united Ukraine – one that is a constant reminder of Western vainglory but still pays its bills to Russian investors and allows gas to move across its borders – suits Putin to the ground.

He has a panoply of tools to get there. First, encourage (but not too much) separatists in eastern and especially southern Ukraine (the pro-secessionists who ran the Russian flag up the Crimean regional parliament are an excellent prototype) to demand such a degree of autonomy that the central government in Kiev barely functions.

Second, merely make Ukraine pay the market price for gas, thereby dooming the enfeebled country to economic ruin. The now aborted Russian-Ukrainian deal gifted Kiev with a 30 per cent discount on the price of Russian gas. By blandly doing away with this present, Russia can remind Kiev and the rest of the world who the local economic power actually is. Ukraine’s economic position is positively shambolic, with the new prime minister alleging that up to $70bn has been withdrawn from the Ukrainian financial system over the last three years. Much of this is out-and-out corruption, leaving the tapped country needing a staggering $35bn over the next two years just to avoid bankruptcy.

Third, Putin can count on Western aid arriving a day late and a dollar short. It is quite possible that substantial relief will not come about until after the May 2014 elections; how can the country get through the next few months? Also, at some point along the way, someone in Europe will surely remember that they have yet to solve their own existential crisis, and that Greece, Italy, Spain, Portugal, and Cyprus (and perhaps even France) are not out of the market’s cross-hairs. Is now a good time to take a huge risk on a country that has never been able to prove itself economically viable?

Fourth, even if whopping amounts of aid are earmarked (a huge “if” indeed), much of the ultimate negotiations over the funds will be led by the IMF. Given Ukraine’s notorious record on rule of law issues, it will demand austerity as a precondition to any agreement.

In turn, such austerity will confer huge unpopularity on the government that accepts the IMF’s poisoned chalice (as we have seen in Europe’s case, stressing significant and decisive structural reforms over austerity would work better), discrediting both the fragile new regime as well as the West in general. Surely that ghoul Putin, unlike excitable members of the Western press, must see that the odds remain on his side. And that is a tragedy.

Dr John C Hulsman is president and co-founder of John C Hulsman Enterprises (www.john-hulsman.com), a global political risk consultancy. He is a life member of the Council on Foreign Relations, and author of Ethical Realism, The Godfather Doctrine, and most recently Lawrence of Arabia, To Begin the World Over Again.