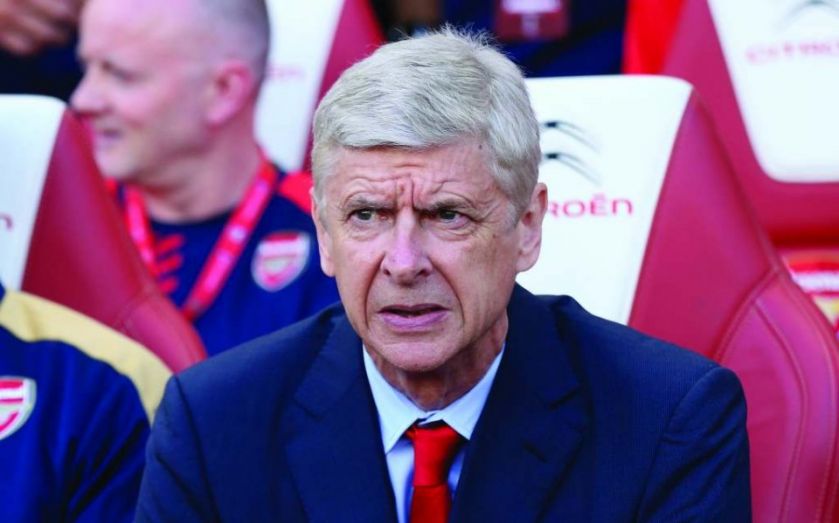 Aside from a bit of pride if you’re on the wrong end of a thrashing, there is very little for Chelsea or Arsenal to lose from the Community Shield on Sunday – but there is plenty to gain.
If you win, you celebrate – it’s always nice to start the new campaign with a trophy – but if you lose, you say you weren’t that bothered. Who remembers these matches anyway?
Fitness-wise, playing in the curtain-raiser is a definite advantage. In some ways, it is just another 90 minutes towards the all-important goal of being in top condition for the first league game, but because it’s an occasion teams do want to win.
A big crowd, playing at Wembley, the high-profile nature of the fixture: it all creates a pressure that other clubs’ pre-season action can’t replicate, and therefore gives those in the Community Shield an elusive edge and intensity come the following weekend; a running rather than a standing start.
Read more: Should Chelsea and Arsenal fans be bothered about the Community Shield?
Chelsea will probably start the match as favourites. They are proven winners and were the best and most consistent team in England last term – by a considerable stretch. 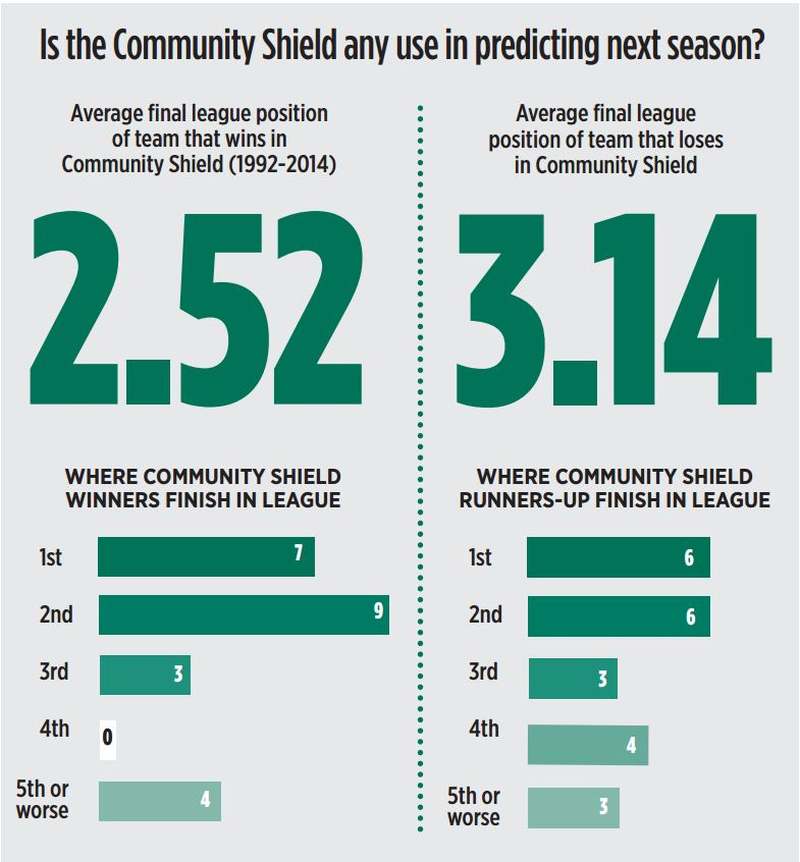 Very little has changed at Stamford Bridge since then, and the only dark clouds on the horizon concern just how long stalwart captain John Terry can keep time at bay and remain such a rock.
Yet my hunch is for Arsenal this time. This is the season in which I think they’ve committed to making a concerted push for Chelsea’s title, so they’ll be raring to make a statement to that effect.
The fact that they had such an emphatic victory over Aston Villa in the FA Cup final not so very long ago means they will return to Wembley confident and with positive memories fresh in their minds.
I like the look of Arsene Wenger’s side now. They have great pace, depth in all departments and there is a good variety to their play. Chelsea, by contrast, can be a little reliant on Eden Hazard’s match-winning contributions and their strength at set-pieces.
Wenger, of course, is yet to inflict defeat on a  Mourinho team in 13 attempts. But with the new season still to begin, there is something of a clean slate, and this looks as good a chance as the Frenchman has had for years in getting one over on his Portuguese nemesis.