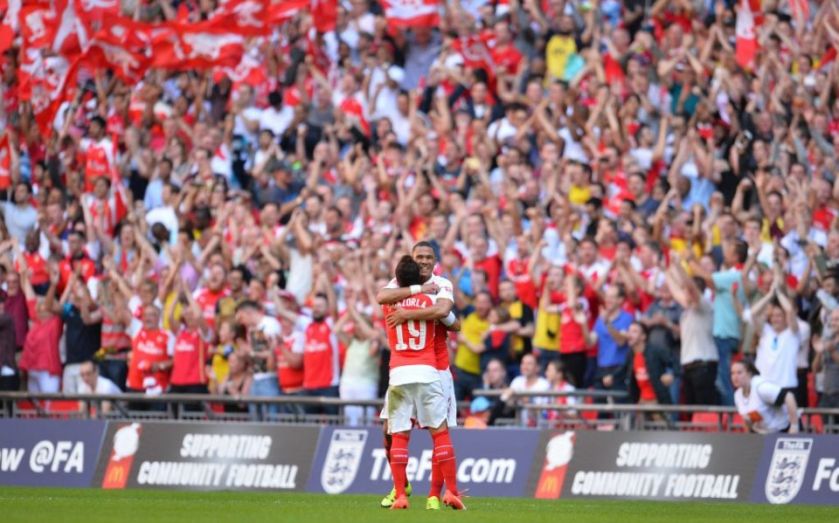 Arsenal have won the first silverware of the football season by overcoming Chelsea by one goal to nil at Wembley Stadium.

While the Community Shield does not carry a big financial reward, Arsenal winger Theo Walcott said to BBC 5 live the win “gets the team in the winning spirit” for the start of the league.

This is Arsenal’s sixth consecutive win at Wembley, and Jose Mourinho’s first defeat at the hand of Arsene Wenger after thirteen previous meetings.

Read more: Community Shield: Should Chelsea and Arsenal fans be bothered? Here's what history tells us

Also speaking after the match to BBC 5 Live, The goal scorer, Alex Oxlade-Chamberlain, said “we wanted to lay down a good marker for the rest of the season, for the manager and the fans.”

Speaking about his new contract with Arsenal, Walcott added: “I'm very pleased about the contract and want to have a fantastic season with the team. This is the strongest group of players I've been amongst since I started at Arsenal.”