Focus On Bermondsey: The London borough with the Shard in its back yard 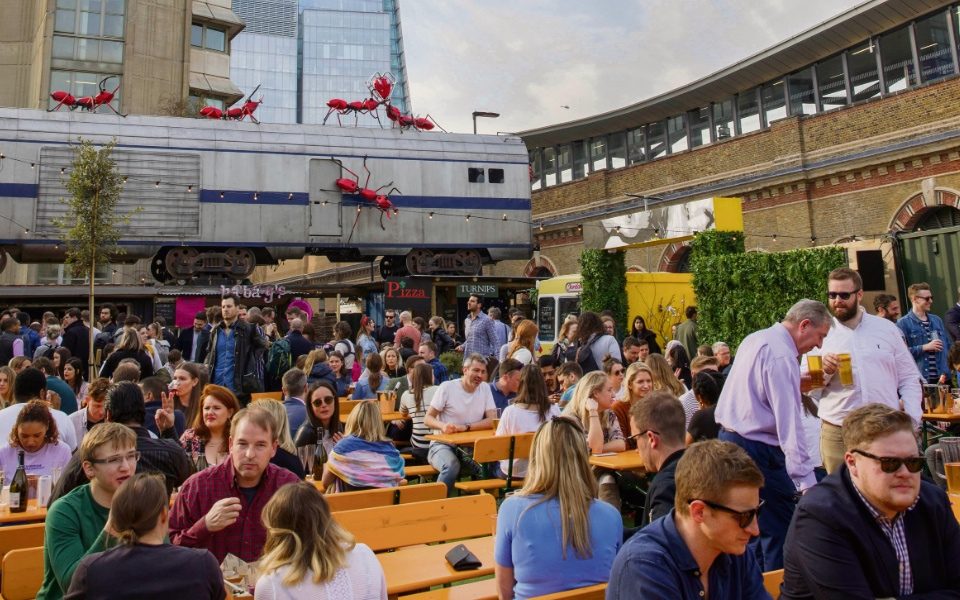 Seventy two households, all belonging to the Count Robert of Mortain, and collectively worth a grand total of 40 pence; this was the value of Bermondsey as recorded in the Domesday Book in 1086.

Things have changed somewhat since then (Bermondsey wasn’t even an official part of London at the time), but few areas have such a rich and storied history. After the Great Fire of London it briefly became a health retreat for the wealthy, and Samuel Pepys’ diary records him visiting a pleasure garden here in 1664, from which he left “singing finely”.

It was in Bermondsey that Bill Sikes, the villain in Oliver Twist, met his end, and it was from a spot on the Bermondsey riverside that JMW Turner painted his famous The Fighting Temeraire, depicting an old war-ship on its way to the scrapheap.

Nowadays, belying its past as a Victorian slum, the area has a well-earned reputation as a cultural hub. “Its sense of heritage, range of places to eat and drink, plus its independent galleries and stores makes Bermondsey a top choice for people wanting to live in a central vibrant neighbourhood,” says Frances Clacy, research analyst at Savill’s.

Foodies will be attracted by the endless new restaurants and artisanal coffee vendors, as well as by Maltby Street Market, which offers gourmet produce of every flavour, from Venezuelan corn pancakes to Taiwanese waffles.

It’s no surprise, then, that Bermondsey has been home to a host of notable figures throughout the years, from Michael Barrymore, to singer Florence Welch and boxer David Haye.

As well as its plentiful cultural and culinary offerings, demand here is driven by an appealingly central location – it is around ten minutes from the City on public transport – and a diverse, sought-after housing stock.

“Bermondsey is home to many new build developments and purpose built blocks, with a few period properties here and there,” says Lauren Felber, manager at estate agent Dexters. Alongside new builds, the area boasts a vast array of fashionable warehouse and factory conversions, in keeping with its artsy, Berlin-esque vibe. Its prime location has also made it an attractive place for students, with nine renowned universities within a thirty minute walk.

Flats make up the vast majority of sales, accounting for 88 per cent of all transactions last year. As a result, new buyers are predominantly young professionals and those looking to downsize; people with families tend to spread out into the more spacious areas of south-east London.

All this means that Bermondsey is fairly expensive, with apartments here selling for around £560,000, some 15 per cent more than the Southwark borough average. “These higher price tags are likely to reflect the desirability of owning a conversion property with unique design and character and, of course, the proximity to the Thames” says Clacy.

However, Bermondsey’s trendiness hasn’t yet put it out of reach for ordinary people: prices here have only risen 50 per cent over the past decade, a far less precipitous figure than the 89 per cent recorded across Southwark. Plus, sales north of a million pounds are yet to make up a substantial proportion of transactions (only thirteen last year), and those that do go for this number are concentrated largely in prime riverfront locations.

The more expensive properties are located to the west, closer to the galleries and the Thames, but for bargains try venturing to the areas bordering Canada Water and Surrey Quays, where flats are significantly cheaper.