Flamboree review: The tarte flambée touches down in London 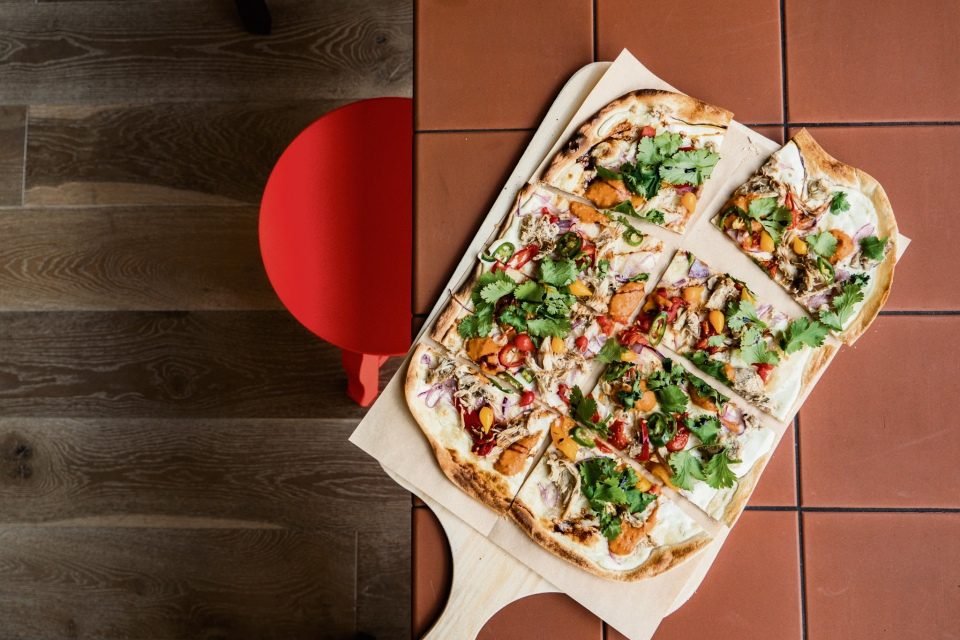 The first tarte flambée restaurant in London, Flamboree! has got an exclamation mark right there in the name, meaning you’re obliged to shout it out of a window or pop a balloon every time you say it. But let’s not get too far ahead of ourselves: what exactly is a tarte flambée? And why should anybody care?

Tarte flambée is a specialty from the Alsace region of France, where bakers would test whether their ovens were hot enough by first testing them out with a thin piece of dough as it warmed. It’s essentially a crispy, fire-baked pizza on an especially light and flaky pastry base, with any reasonable toppings you could consider plonked on top.

The yeast-free dough makes it less of an encumbrance on your digestive system, eliminating the usual bread-induced, post-lunch fatigue and allowing you to continue to do your dramatic twirls and jumping jacks all afternoon, should you wish. But it’s the more precise application of toppings at Flamboree! that makes tarte flambées more interesting, more high-brow, and less crude than your typical cheese-and-sauce laden pizza.

WHERE? 154 Old Street, EC1V 9BW. Near the big roundabout that’s currently undergoing renovations to make it less than 100 per cent fatal to cyclists who try to navigate it.

ORDER THIS… Any notion that these pizza-adjacent interlopers were somehow healthy goes out the window when you see what they’re putting on top of them. The Charcut-oree (they do love a pun) comes with bacon lardons, pepper salami, sausages and kassler ham. The Great Veganer drops a heady mix of slow roasted tomatoes, onions, aubergine and peppers on a coriander and lemon hummus base. And, proving we’re far outside the bounds of what could be considered a pizza, the Salmon Dance is topped with, well, smoked salmon. In the world of tarte flambee, there are no rules.

BUSINESS OR PLEASURE? These things are eminently shareable, making Flamboree! an ideal spot for a quick and casual catch-up over lunch, but a better option still is to order a stack of them next time you’re hosting a meeting. They’re on Deliveroo.

NEED TO BOOK? There’s plenty of seating for walk-ins at Flamboree! but larger groups can book at flamboree.co.uk

ONE MORE THING… They do dessert flambées too. Check out the inexplicably named Grandma-ma’s New Man, which is topped with rum-soaked fruits, spices and muscovado sugar, served over Tahitian vanilla ice cream.