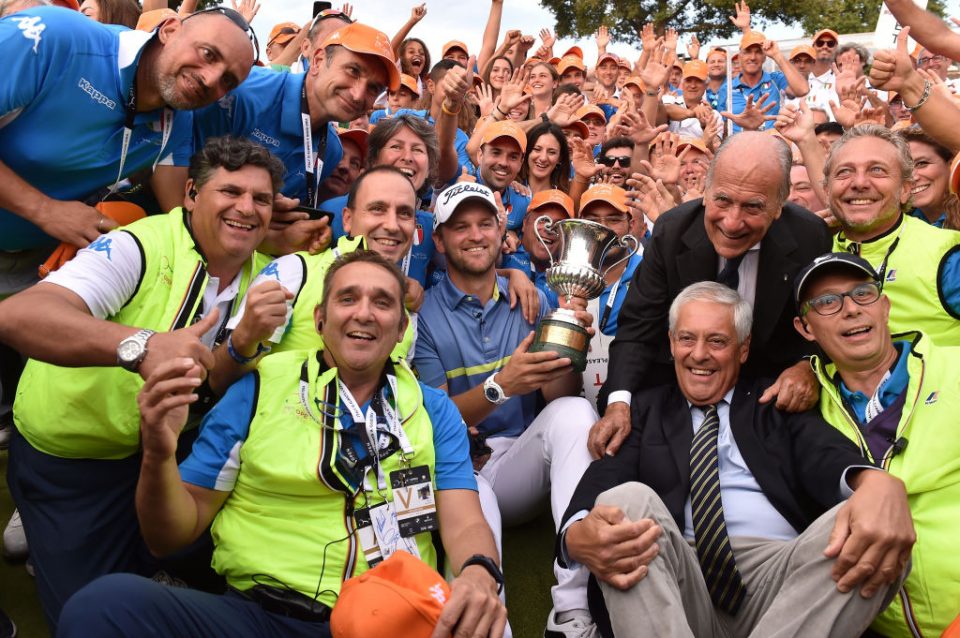 Injuries need a lot of respect, especially in a physical game such as golf and in particular when it affects your wrist, like the one that sidelined Bernd Wiesberger for most of last year.

But they can also allow you to reset your targets, to take stock of elements of your game that you want to work on – or simply to vow to make up for lost time when you do come back.

That is certainly what Wiesberger is doing now. Sunday’s victory at the Italian Open was his third in his last 13 outings and his second at one of the European Tour’s prestigious Rolex Series events.

From being ranked 378th in the world as recently as May, the Austrian is now up to a career-high 22nd and is in pole position to claim the Race To Dubai.

If this isn’t a textbook comeback then I don’t know what is.

During his seven-month lay-off with the wrist problem, which ultimately needed surgery, Wiesberger must have wondered whether his career might be over while he was still only in his early thirties.

I think what we are seeing now is the relief of a man who is able to hit balls like he used to once again. Wiesberger is playing with freedom and thriving on that euphoria.

He has always had a very solid game and a great attitude. He stays well in control of himself and shows patience – never more so than in building up his schedule slowly when he returned to the tour in late 2018.

Wiesberger is on a roll now, though. With two more top-five finishes among those last 13 results, he is playing as well anyone in the world, including Race To Dubai rival Jon Rahm. He won’t want the year to end.

There are big points still to play for in the last few weeks of the European Tour season, but if Wiesberger can hold on to first place in the Race To Dubai it will be a huge achievement – by far the biggest of his career to date.

With Ryder Cup points already in the bag, too, he is well on the way to securing a debut on the European team next year, while Majors will also be in his thoughts. He has proven to himself how good he is.

He had to come from three shots behind to beat overnight leader Matt Fitzpatrick in Italy on Sunday, carding a bogey-free 65 to win by one.

The turning point came at the ninth, where Fitzpatrick made a double bogey seven. Three birdies on the back nine were not enough to avoid another runner-up place for the Yorkshireman.

That is the fourth time Fitzpatrick has finished second this year. While it is frustrating as he looks to continue his record of winning every year on the European Tour, he has to take the positives.

I’m convinced his time will come and, the way he is playing, it could be before the season is out. Even if it doesn’t, this has been a very good year for the 25-year-old.

Over on the PGA Tour there was yet another new name in the winner’s circle on Sunday.

Lanto Griffin’s triumph at the Houston Open saw him become the third first-time winner in five weeks of the new season in the United States – and one of the others was 24-year-old Cameron Champ.

Apart from being fantastic for these players, the emergence of new talent can only be good news for golf.