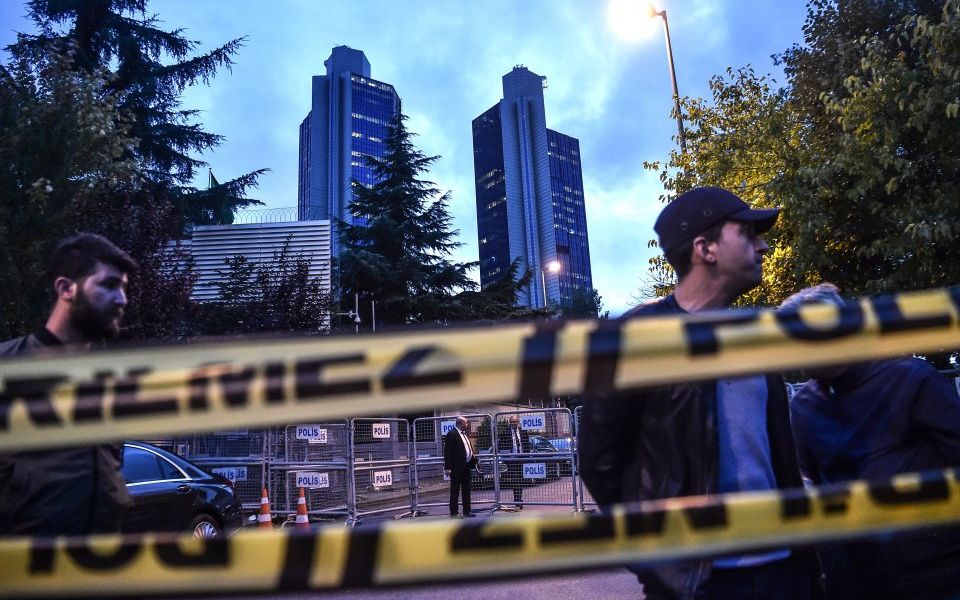 The global boycott of a high-profile Saudi investor conference gathered pace yesterday as the bosses of JP Morgan, Ford, Blackstone and BlackRock led an executive exodus following the disappearance of journalist Jamal Khashoggi.

Businesses, diplomats and speakers have withdrawn from next week's Future Investment Initiative in Riyadh hosted by the Saudi crown prince Mohammad Bin Salman and the kingdom's sovereign wealth fund.

The conference will promote the crown prince's 'Vision 2030' project, which relies on overseas investment.

The UK's international trade secretary Liam Fox, listed as a speaker at the event, could be set to join the boycott.

Despite his scheduled speech being just over a week away, the Department for International Trade told City A.M. Fox's diary was “yet to be finalised” for next week.

London Stock Exchange chief executive David Schwimmer also remained a scheduled speaker last night and LSE would not comment on whether his attendance was being reviewed.

The withdrawal of Uber, which counts the Saudi sovereign wealth fund as a major investor, sparked calls from Bahrain's foreign minister for the region to boycott the ride-hailing app.

The Saudi Arabian sovereign wealth fund said the event would go ahead as planned with more than 150 speakers.

Diplomatic tensions over the disappearance of the Washington Post contributor were ramped up again yesterday as a formal investigation, undertaken by Saudi and Turkish officials, began.

US President Donald Trump spoke to Saudi King Salman, whose fervent denial led the President to suggest “rogue killers” may have been responsible.

But Trump has sent his Secretary of State Mike Pompeo to Saudi Arabia to “get to the bottom” of the mystery.

On Sunday the President threatened “severe punishment” if the kingdom was found to be involved in the journalist disappearance.

The Saudi government rejected the threats and said it would retaliate to any economic sanctions with “greater action” and stressed the kingdom's importance to the global economy.

Saudi stocks rallied yesterday on higher oil prices after falling 3.5 per cent the previous day on – the Tandawul exchange closed 4.1 per cent up.