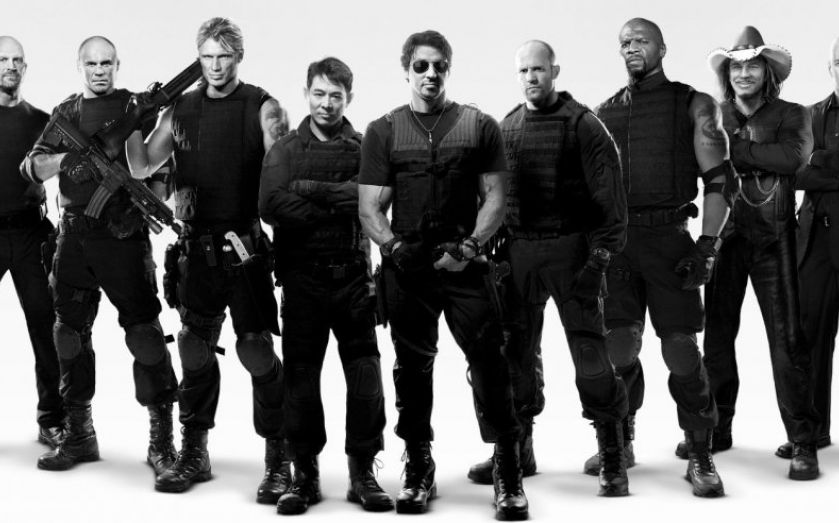 “Why don’t you cut me loose and I’ll open your meat shirt and show you your own heart” – In another universe this could be poetry. In actual fact the line comes from the resolutely unpoetic gob of Mel Gibson, who sits trussed-up in a military plane flying somewhere over “Uzmenistan”, a fictional country dreamt up to tickle the two erogenous zones of American xenophobia: the Middle East and the former Soviet Union.

The addition of Gibson (58), Harrison Ford (72) and Antonio Banderas (54) to the Expendables team stretches the phrase “fresh meat” to the very limit of its reasonable use, and does little to reinvigorate a franchise whose arthritic bones are already straining under the weight of its own stupidity. That said, Gibson as a mercenary turned evil war-lord is okay. It’s Ford, Stallone (68) and the cast of impeccably-toned clones that run this thing into the ground. Stallone, whose taut and veiny mug looks more like a flexed bicep than a human face, is so immobile that every time he breaks into a jog, you wonder if it’s a stunt double.

The Expendables films are intended as affectionate revivals of high death-toll Chuck Norris-era B-Movies. Watching them only reminds us why no one makes films like that anymore.