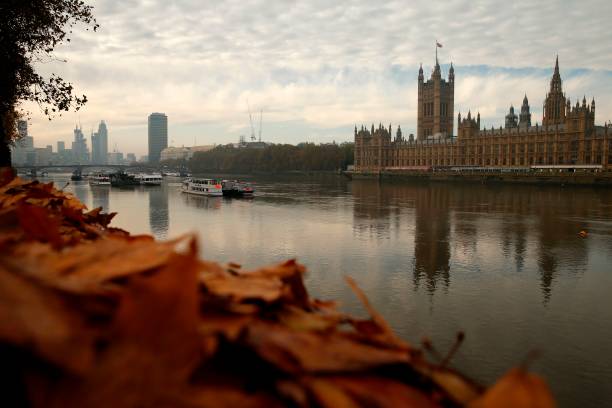 Dozens of rebel Conservative MPs have formed a new backbench group to protest the imposition of new lockdown restrictions across the country.

By last night, 50 Tory MPs had formally joined the anti-lockdown group, with a further 45 MPs considering signing up after joining a CRG Whatsapp group.

In a nod to other sceptic groups within Westminster such as the European Research Group, the MPs plan to challenge scientific advice provided by government health officials, after it emerged charts used to justify England’s second national lockdown had been overstated.

They will also campaign to defeat any attempt by Prime Minister Boris Johnson to extend the nationwide lockdown when measures lift on 2 December.

Writing in the Telegraph this morning, Harper said: “Last week I voted against a Conservative government for only the second time in my fifteen years in Parliament, which was not easy for a former chief whip.

“Lockdowns cost lives, whether in undiagnosed cancer treatments, deteriorating mental health, and missed A&E appointments — not to mention the impact it has on young people’s education, job prospects and our soaring debts.”

Harper added: “The Covid Recovery Group will play its part in helping the government to deliver an enduring strategy for living with the virus, so that we break the transmission of the disease, command public support, end this devastating cycle of repeated restrictions and start living in a sustainable way until an effective and safe vaccine is successfully rolled out across the population.”

Setting out the MPs’ manifesto, Harper today detailed the Covid Recovery Group’s “three guiding principles”, which urge the government to:

The MPs today said: “Lockdowns and restrictions cost lives, push death and suffering into the future and cause immense economic, social and non-Covid health damage.

“Even a Department of Health and Social Care report has shown that the first lockdown led to more cancer deaths, deteriorating mental health and many other social harms.

“MPs must be in a position to assess the relative health implications on both sides of the argument of repeated restrictions with a view to removing them immediately if it cannot be proved that they are saving more lives than they cost.”

It comes after Test and Trace boss Baroness Dido Harding faced a grilling in the Commons yesterday by the Health and Social Care committee.

Committee chair Jeremy Hunt pressured Harding to explain why only “three per cent of the total theoretical maximum” of people infected with coronavirus were self-isolating.

“We should be asking 177,000 people every day to quarantine. But in practice… you only find out about just over a third of them. [Then] you only reach 60 per cent of their contacts and only 20 per cent of those actually isolate,” Hunt told the committee.

Harding stressed that the contact tracing programme, which has cost the Treasury upwards of £12bn so far this year, was largely dependent on having a fully operational testing system, adding that Hunt was being “slightly pessimistic”.