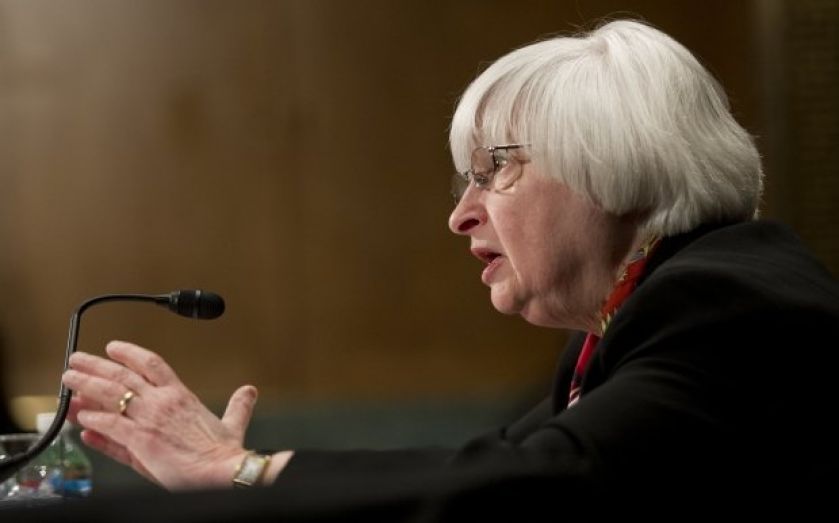 Fans of Bitcoin may be suffering from some mixed feelings.

Many love the cryptocurrency as unlike fiat money, such as the US dollar, it has no central bank.

During questions Yellen has just ruled out the idea of the Federal Reserve regulating Bitcoin.

The Fed doesn't have authority to supervise or regulate Bitcoin in any way.

No word on whether she'd back regulation of Bitcoin's "altcoin" clones, but as the Guardian's Alex Hern is pointing out, the "no authority" is "contingent on the fact that currently bitcoin doesn’t intersect with normal financial system".

Yellen said that as a payment innovation, it's "taking place outside the banking industry," and so there's "no intersection at all, in any way, between Bitcoin and banks that the Federal Reserve has the ability to supervise and regulate."

Bitcoin is currently up just over 0.3 per cent in the last hour, with no real change since the comments were made.

Potential regulation of Bitcoin is seen as a threat to a currency which is otherwise untaxable, untraceable, and has vastly lower transaction costs than traditional means of exchange.