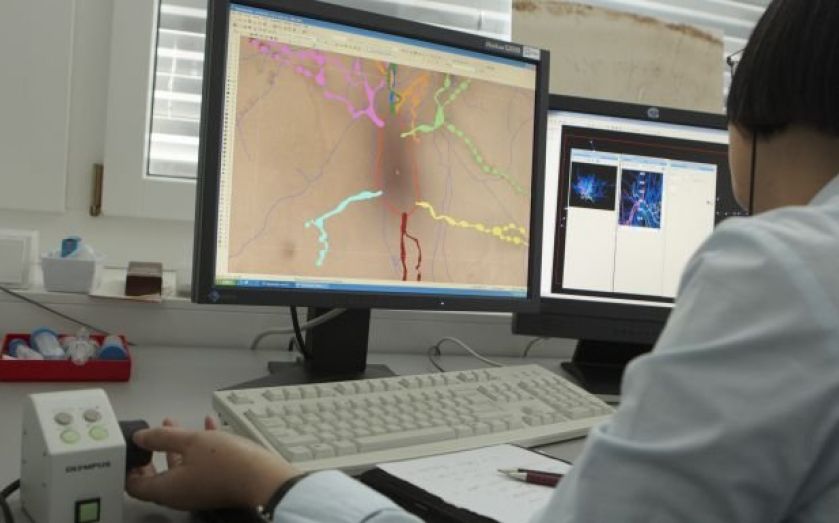 “TrueNorth” is a new computer chip that has been developed by scientists to mimic the organisation of the brain.
Just three millimetres in width, it consists of a grid of one million “neurons”, each connecting to 256 other neurons. The result is over 256 million connections, or “synapses”, between them. By working together, the neurons are able to identify the most important features in a visual scene in real time.
The project was first launched by American technology company IBM in 2011, but since then a number of other companies have also become involved. The details of the new chip are published in the journal Science.
Dr Dharmendra Modha, the publication's senior author, told the BBC that it was "a new machine for a new era". He said that he foresees a wide range of next-generation applications, from glasses that help visually impaired people navigate, to robots that can investigate disaster scenes.
Its capabilities are more advanced than other computer chips, which is the result of the processor being “endlessly scaleable”, according to Modha. "This isn't a 10-15% improvement," he said. "You're talking about orders and orders of magnitude."
In most current computer chips, processors and memory are separate; a design which gives rise to computational operations that are sequential and mathematical. The new chip, however, combines computation, communication and memory very closely, in a way that is much more similar to the brain.
However, it is still a long way off achieving what the brain is capable of in terms of complexity and speed. While the chip neurons make 256 connections each, a biological neuron found in the brain will make around 10,000 connections with other neurons.
And while the chip's prospects are exciting, some time will pass before it can be put to commercial use; a major obstacle is the requirement for programs to be written from scratch if they are going to be able to run on this type of chip.
The traditional chip design, which was created in the 1940s and is still in use today, is based on a binary system involving ones and zeros. TrueNorth, meanwhile, uses a spiking system to determine whether the neurons are fired off or not, and this requires completely new software.