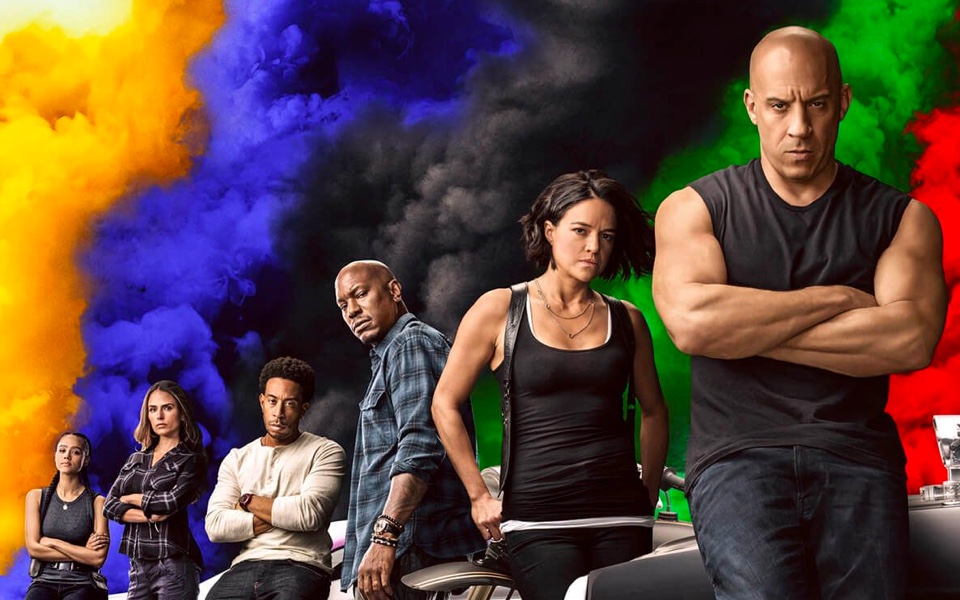 For a film about street racing that was a modest hit back in 2001, the Fast and Furious franchise has ballooned into something no one could expect. This week sees the release of the tenth instalment in the series (if you count spin-off Hobbs & Shaw), and the reported penultimate episode of the main story. After secret government agents, international heists, and submarine chases in Russia, is there anywhere else this series can go?

Fast and Furious 9 finds Dom Toretto (Vin Diesel) living a contended, quiet life with his son and wife Letty (Michelle Rodriguez). That peace is disturbed when he learns that terrorist Cipher (Charlize Theron) has resurfaced, being rescued after the government plane that had captured her was hijacked. Things become even more personal when Dom learns that the person behind the hijacking was Jacob (John Cena), his estranged brother who is now a criminal in search of a device that can control all the world’s computers. Dom must face the past in order to stop his brother’s vengeful plot.

Looking back at film history, ten movies in twenty years isn’t exactly unusual for a blockbuster franchise. It took James Bond and Godzilla just fifteen years each to reach their tenth movies, and next month’s Black Widow will be the twenty fourth Marvel Cinematic Universe film since 2008. The difference between these films and the Fast franchise, however, is variety. Yes, there was a shift in tone around the fifth film, where it veered away from car culture and focused on action packed heists. Still, even its most ardent fans would admit the movies stick rigidly to a formula.

The ninth film is no exception. Dom is called away from domestic bliss by an international incident involving a face from the past. There’s a high-tech MacGuffin, an underground base, many glamorous locations, and physics defying stunts. Narrative is a secondary consideration as our heroes outrace landmines, change direction mid-air, and in the case of Han (Sung Kang), come back from the dead. His return has been revealed in the marketing, but the explanation for how he survived an exploding car is as baffling as the rest of the story.

At this point, it would be foolish to expect anything different. Going bigger and louder has resulted in billions of dollars in box office, so why would returning director Justin Lin change anything? The running time is bloated by repetitive and often needless flashbacks to Dom and Jakob’s childhood, including a sequence where Dom is faced with drowning and looks back on what feels like his entire life. It adds meat to the bones of the plot, but emotional complexity is not this franchise’s strong point.

Like all of its predecessors, it succeeds in spite of itself. Yes, you will probably laugh at the fact that Diesel and Cena look nothing alike, or the finale where Roman and Tej (Tyrese Gibson and Ludacris) boldly go where no street racers have gone before. However, we defy you not to enjoy moments like Diesel flirting with Dame Helen Mirren as she tears around London chased by police, or Gibson’s regular freak outs as the crew avoid certain death. There is something to be said for a film this aware of its own shortcomings, and the Fast franchise is there for viewers who wish to switch their brain off for a couple of hours.

In terms of new additions, wrestler John Cena doesn’t make the same impact on his debut as Dwayne Johnson did. He holds his own, but is mainly there to look angry while better actors like Theron work around him. It’s nice to catch up with the cast-members of 2006’s Tokyo Drift, while Thue Ersted Rasmussen steals a couple of scenes as Jakob’s benefactor, the spoiled son of a billionaire dictator.

After nine movies and a near identical spin-off, Fast and Furious 9 is what it is. If you hate the logic smashing exploits of muscle-bound gearheads, there’s nothing here to convince you otherwise. However, for the many people who made this one of the biggest movie franchises in the world, it delivers the outrageous nonsense you paid to see.

Fast and Furious 9 is in cinemas from 24th June.