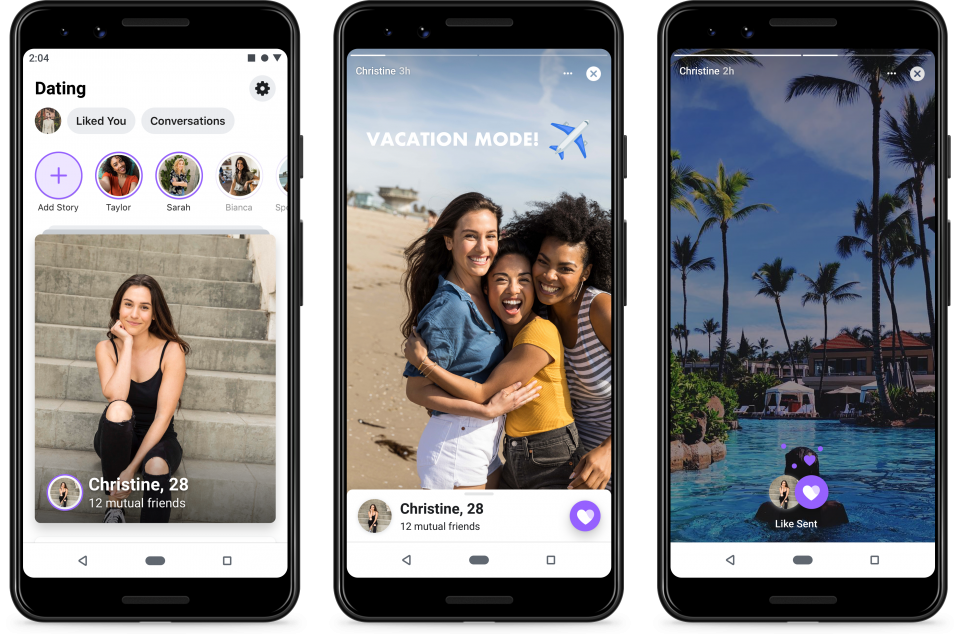 Almost certainly, but the social network doesn’t want to leave it to chance.

Mark Zuckerberg’s tech giant today launched a dating app that will allow its billions of users to Like somebody’s profile if they’re interested – Facebook’s own take on Tinder’s swipe right.

Facebook Dating launched in the US today for users 18 years old and above, and it’s designed to focus on helping people connect through common interests.

As product manager Nathan Sharp said: “Facebook Dating makes it easier to find love through what you like — helping you start meaningful relationships through things you have in common, like interests, events and groups.

“It takes the work out of creating a dating profile and gives you a more authentic look at who someone is.”

The messaging service for people who connect is text-only, in contrast to some rivals.

“So we want to make sure that you can build trust with someone before, of course, moving into your chat service of choice afterwards.”

App users can report and block others, as well as stopping people from sending pictures, links, payments and videos in their messages.

Meanwhile the app can integrate |Instagram posts into their Dating profiles and add Insta followers to a Secret Crush list.

This lets users match with Facebook friends and Insta buddies, but it won’t automatically hook people up either.

While it’s not in the UK yet, Facebook Dating will launch in Europe by early 2020 and is already available in 19 countries as well as the US.

As it launched, Facebook’s share price rose 1.8 per cent while Match dropped 5.7 per cent in early US trading.