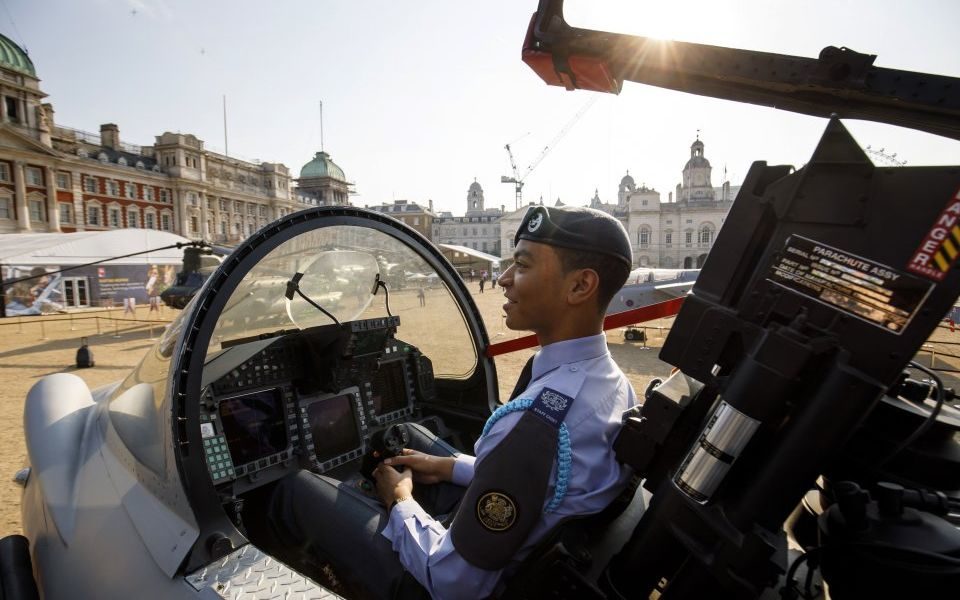 Londoners will be looking up to the sky on 10 July, when as many as 100 aircraft will be soaring over the capital to commemorate the official centenary birthday of the Royal Air Force (RAF).

The celebrations, however, have already begun. An event at Horse Guards Parade this weekend is letting the public get a glimpse of Britain’s active, heritage and replica aircraft.

Among the aircraft on display is the F35-B Lightning II, Britain’s new, state-of-the-art stealth combat aircraft which has only recently come into service.

The exhibition comes ahead of the 100-year anniversary on Tuesday, where up to 100 aircraft, representing the RAF’s history, will fly over Buckingham Palace.

Her Majesty The Queen, accompanied by The Prince of Wales, will present a new Queen's Colour to the Royal Air Force at a ceremony on the forecourt of the palace.