Autumn Statement 2015: Everything you need to know about the apprenticeship levy to raise £3m from businesses 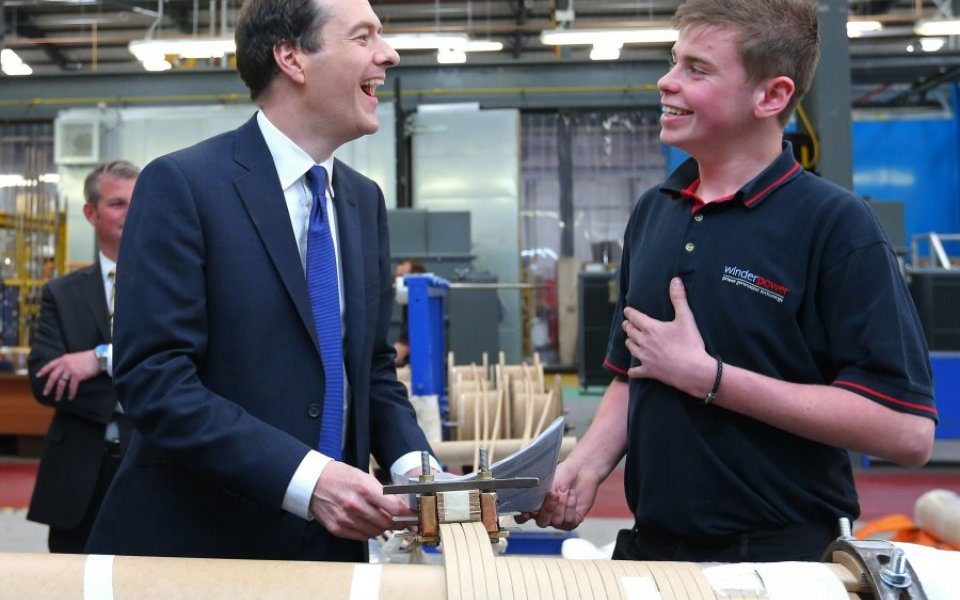 Employers will receive an allowance of £15,000 to offset against their levy payment, which will only be paid on paybills in excess of £3m.

The levy will be paid through Pay As You Earn. Fewer than two per cent of UK employers will pay the levy.

The government said the levy would raise £3bn by 2019-20, and spending on apprenticeships would be protected within England's departmental spending budgets.

That's more than if Osborne had raised corporation tax by almost four per cent, according to Sky's economics editor Ed Conway.

The government will establish a new independent employer-led body to set apprenticeship standards and ensure quality and advise on the level of levy funding each apprenticeship should receive. Programmes which have high costs and are of high quality, will be entitled to receive more funding.

The HS2 rail project is expected to support 2,000 apprenticeships.

What businesses said about the levy

Businesses weren't convinced by the move, which places the financial onus for funding apprenticeships on them. Simon Walker, director general of the Institute of Directors, said the levy "can only be described as a new payroll tax."

"At 0.5 per cent of payroll it will be a big new cost for many companies, including medium-sized ones," he said.

Carolyn Fairbairn, director-general of the Confederation of British Industry, echoed this, saying:

“There’s a sting in the tail [of the budget] in the size and scope of the Apprenticeship Levy”.

"[It] is a significant extra payroll tax on business and by widening the net it will now catch more smaller firms. We welcome the creation of a levy board to give business a voice on how the money is spent and will work with the Government to ensure a focus on quality," she added.

The EEF, the manufacturers' organisation said in a statement: "This cannot be a simple numbers game where businesses are clobbered to pay for apprenticeships.

The apprenticeship levy is a blunt instrument.

"It is disappointing to see the government introducing an additional levy on employment when it should be continuing to encourage businesses to come to this country and to employ people in the UK.

"Coupled with the continued rhetoric on avoidance, multinationals may well question whether the UK will remain a tax friendly environment in the years to come."

“With more than 9,000 apprentices employed across the UK’s aerospace, defence, security and space industries, our sectors are at the forefront of providing high quality training and highly skilled, rewarding careers.

"Now that we have seen more detail on the Apprenticeship Levy, the government will need to consult closely with both small and large companies to fully understand the implications of implementing the new system and to consider how we can ensure industry and training providers can practically deliver the additional high quality apprenticeships our economy needs.” [custom id="135"]