Most people think of estate agent hyperbole as a modern affliction. After all, what’s a contemporary house viewing if it isn’t peppered with “generous” reception rooms stocked with “state-of-the-art” smart systems in “vibrant” neighbourhoods? In fact, we may have the Victorians to blame for this, starting with the “mansion flat”. The term was coined in the late 1800s to describe blocks of purpose-built apartments on what were then the city outskirts. Most housing was low-rise and terraced but these residences represented an aspirational way of life to middle-class buyers who were starting to get used to commuting into work in the City of London via the railway network.
The prefix “mansion” was added to lend glamour to these simple, lateral spaces. “There are some mansion blocks in Carlisle Place and Morpeth Terrace that are reputed to be the first built in London,” says Carmen Champney, who has sold many a mansion flat in her 25-year career at estate agent Hathaways. “But they don’t look like the traditional Victorian ones at all; they’ve got stucco-fronted buildings with wide stone entrance hallways. Apparently, the developer went bankrupt because British buyers just didn’t know what to make of them.”
But rather than abandon the style all together, they redecorated; architects built the facades with beloved British red bricks and looked to the classical architecture of Greece and Rome for inspiration, erecting stone pillars and ornate cornicing.
Mansion blocks took off in smart residential areas around Westminster and Kensington, becoming the must-have dwelling for any sophisticated, social-climber in Victorian London. Soon, these palatial, 2,000sqft apartments with their 11ft high ceilings had made their way into the hearts of the aristocracy – Lady Diana Spencer even received a mansion flat as a gift on her 18th birthday.
Champney says, “Most of the buyers used to be middle-aged onwards; they’d reached a certain stage in their career and wanted to live in central London in an impressive apartment. Now they’re getting younger and younger, but they’re all from the establishment – whether they’re British or foreign – with jolly good jobs but also rather a lot of family support.”
However, the enduring popularity of mansion flats among the monied elite doesn’t mean they’re luxury defined. Like all period buildings, they need a lot of maintenance, which you would think the upper classes are used to. But many buyers are surprised when they move in and discover the not-inconsiderable size of the service charge. On top of that, modern conveniences such as parking are non-existent and renovations can be challenging to say the least. And many of them are crying out for it; Victorians would entertain at the front of the house while servants cleaned and cooked at the back, meaning the size of the rooms decrease as you move through the property.
“Re-configuring these types of flats can be expensive,” says Jo Eccles, managing director of Sourcing Property. “Especially if you’re moving walls as most of them are solid. It can be done, but do be realistic with costing.” She goes on to recount the time a budget-conscious client of hers missed out on a mansion flat after she’d advised them to lower their bid to take refurbishment costs into account. “They were heartbroken, but I’m still convinced we saved them from bankruptcy later down the line.”
Recently the developer behind Covent Garden’s transformation, Capco, has set about reviving the mansion flat for a contemporary market in Earl’s Court. Lillie Square has been designed with a Victorian aesthetic in mind by architects at Paul Davis & Partners in yellow bricks, stone, intricately detailed windows and ceiling heights between 8 and 10ft. They’ve also tried to fix the flexibility problem by creating two-and-a-half bedroom apartments with sliding and foldable screens so you can choose to have two large bedrooms or two smaller bedrooms and a single. “People have families and circumstances change so, if you’ve got an apartment that can adapt, it means you can live in it longer,” says Mike Hood, developer director. “We’ve also looked at what you can’t get in a mansion block; we’ve got an underground basement that provides parking and we’ve significantly enhanced the concierge offer, with a 20,000sqft clubhouse with a sauna and gym.”
But for many, you just can’t beat an original and that’s why competition for mansion flats is fierce. “I tell buyers that they’re an antique that’s getting rarer,” says Champney. “You’re buying into a piece of old England and nothing like them will ever be built again.”

THREE OF THE BEST MANSION BLOCKS ON THE MARKET 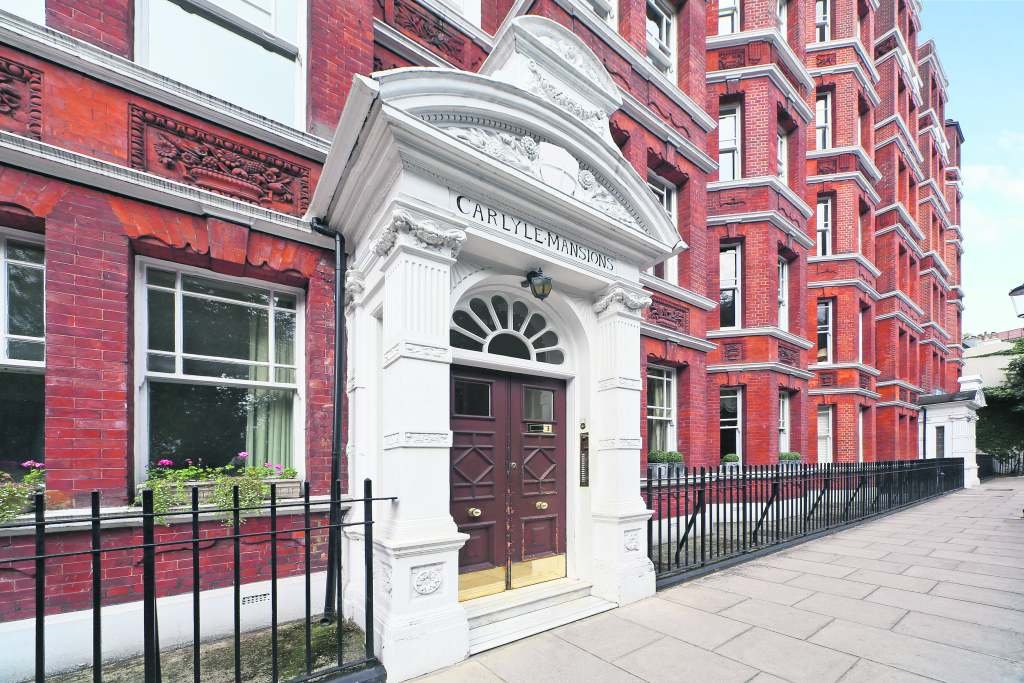 This two-bedroom period apartment on Lawrence Street is located on the ground floor with its own front door.
Price £1.65m, call Aylesford International on 020 7351 2383 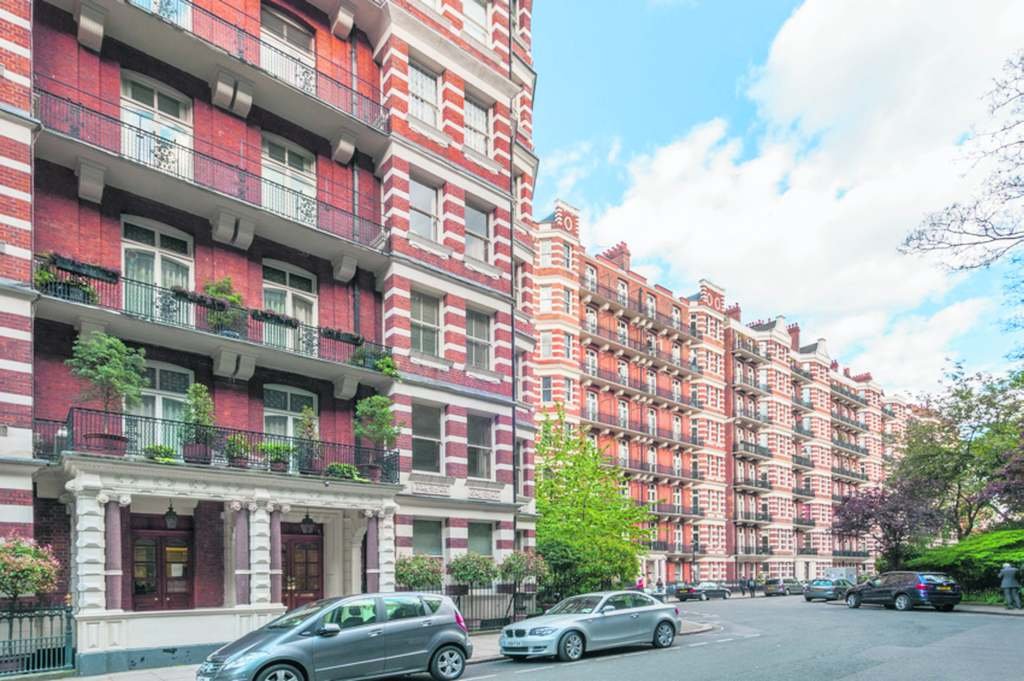