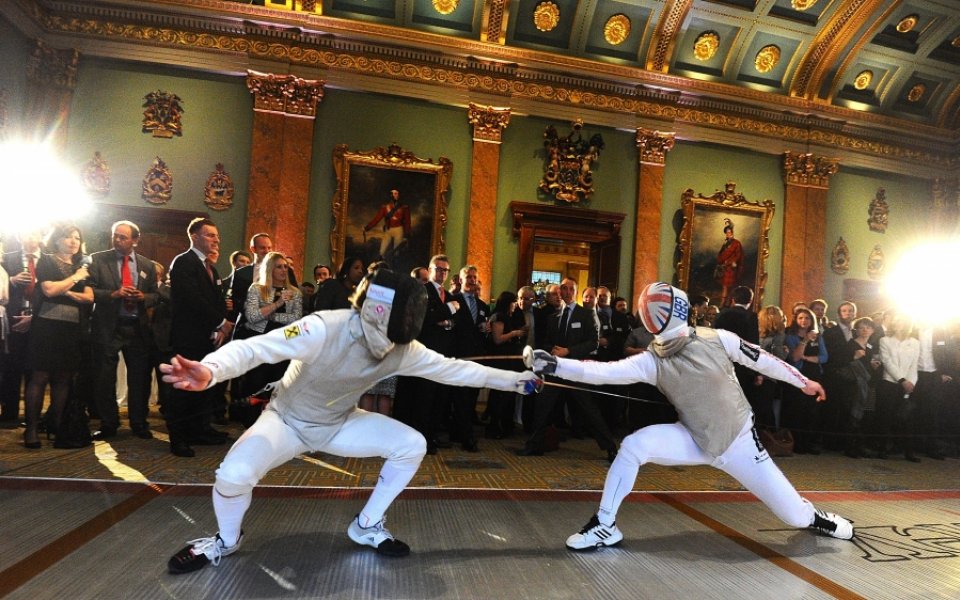 The City of London is well known for its traditions, pomp and ceremony; but tomorrow’s event at Mansion House could even trump the Freedom of the City service for grandeur. Insurance firm Beazley is hosting a European fencing tournament at the Lord Mayor’s offices on Tuesday for the viewing pleasure of its brokers and investors.

Scenes of Pierce Brosnan and Madonna sparring in Die Another Day spring to mind as Great Britain, Italy, France and the USA, will battle it out in the semi-finals of the Beazley International Fencing Challenge; the first fencing match to ever take place at Mansion House.

The Beazley International Trophy tournament represents the grand finale to Beazley’s five-year sponsorship of British Fencing. The insurer has invested around £1m in British fencing since the London Olympics in 2012. Fortunately for the firm’s 200 guests, if an Olympic standard fencing tournament at the Lord Mayor’s offices wasn’t already the fanciest event of the year, there will also be a gala that evening after the finals match.

While the top four teams in the world will show the guests how it's done, according to the firm, “some brokers will have a go at the halftime break in the evening finals.” Just let that image sit in your head for a minute.