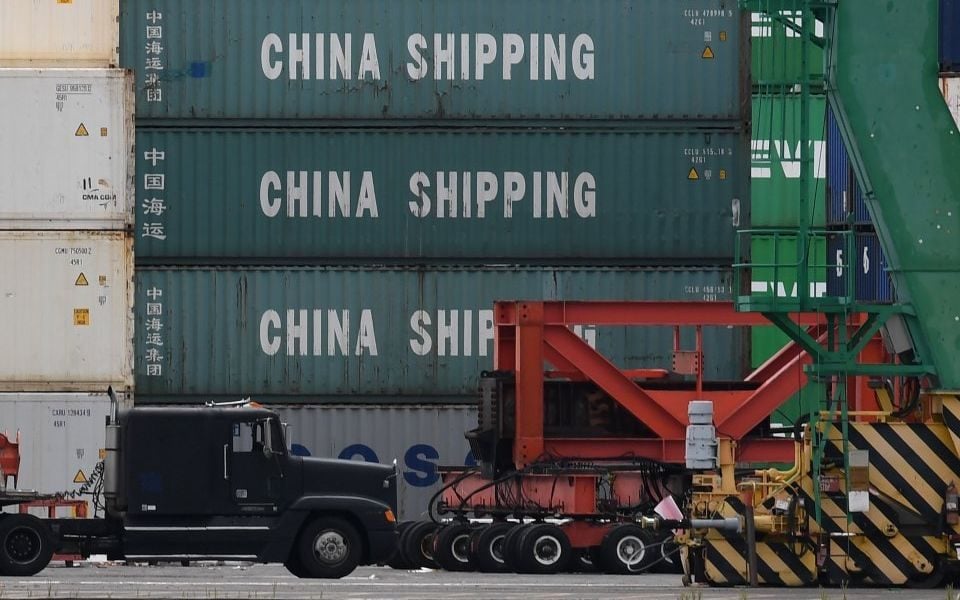 US markets have followed their European counterparts sharply downwards after the bell, following China's announcement of retaliatory tariffs on $60bn worth of US goods in the latest development in the two countries' trade war.

The US’s S&P 500 opened down 1.8 per cent this afternoon, while the Dow Jones industrial average fell 1.7 per cent following a statement from China’s ministry of finance that said it would put tariffs of between five and 25 per cent on the goods.

The US dramatically increased tariffs on $200bn worth of Chinese goods to 25 per cent from the previous rate of 10 per cent on Friday. US trade representative Robert Lighthizer then said he was working on plans to tariff nearly all imports from China.

Lighthizer’s statement looks to have sent US technology stocks tumbling today. Apple had fallen 4.2 per cent shortly after the bell, while Amazon had dropped 2.7 per cent.

Chinese technology exports – vital to companies like Apple’s supply chains – are currently largely exempted from the US’s tariffs, but would be included if the Trump administration chose the nuclear option of tariffing all imports.

With US stock markets falling, the price of safe-haven US Treasury bonds has increased, sending yields down as investors rush to buy up more stable assets.

In Europe, Germany’s benchmark Dax index led the pack downwards, having fallen 1.6 per cent shortly after 2.40pm UK time. Big exporters such as BMW and automotive manufacturing company Continental were among the shares taking the biggest hit.

China’s main index, the Shanghai composite, fell 1.2 per cent overnight, while Japan’s Nikkei index fell 0.7 per cent, continuing the trend of the rout in Asia’s markets.

Emerging markets have suffered under a loss in global confidence in risk assets. Turkey’s embattled lira had fallen 1.7 per cent today as it contended with risk averse sentiment and political turmoil following an election re-run in Istanbul.

South Korea’s benchmark KOSPI composite index fell 1.4 per cent overnight, while its currency, the won, has fallen 1.2 per cent.

Rupert Thompson, head of research at Kingswood, said: “Equity markets have been knocked down by the escalation of trade tensions between the US and China.”

“The correction is not a big surprise as hopes of a trade deal were a major factor behind the 15 per cent gain racked up this year before the latest sell-off,” he said.

He added: “The main risk lies in the indirect effects on growth stemming from the hit to business confidence and likely sell-off in equity markets. These would very likely exceed the total direct impact.”