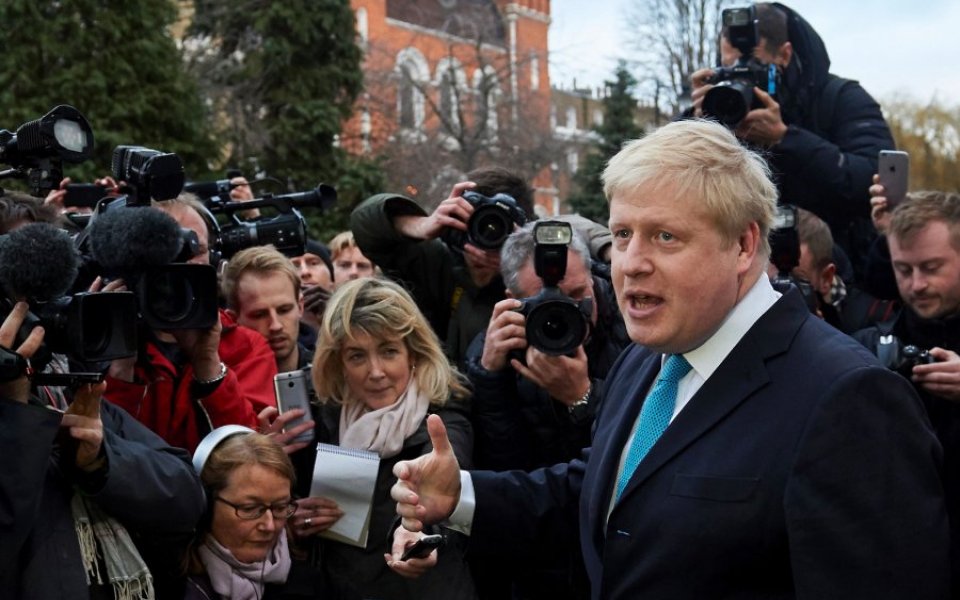 The Mayor of London Boris Johnson will be backing the campaign for the UK to leave the EU.

In a huge blow to Prime Minister David Cameron, Johnson said that while he "loves Brussels", he will be campaigning in support of Brexit.

"There should be no confusing of the wonders of Europe, with the political project that has basically been going on for decades and which Britain has been a member of since 1975, and I think is now in real danger of getting out of democratic control," he said.

Johnson paid tribute to Prime Minister David Cameron for "what he pulled off in a very short space of time", but said nobody could realistically claim it was fundamental reform of the EU or Britain's relationship with the EU.

He added he would like to see a new relationship based more on trade and cooperation, but with less of the supranational element, pointing out the European Court of Justice.

The London mayor said he thought it was the "​only chance any of us have in our lifetimes to put an alternative point of view", arguing he wants to take back control and get the people of the UK a better deal.

Johnson is considered by the public to be an incredibly important voice in the EU debate ahead of the upcoming referendum on 23 June, and potentially provides the Out campaign with a much needed leader. He said he would be joining Vote Leave.

A recent poll by Ipsos MORI found that Johson holds the second most sway with the public, behind just Cameron.

Conservative candidate for Mayor of London Zac Goldsmith, who hopes to replace Johnson at City Hall, has also said he would vote to leave the EU.

Earlier today one of Johnson's key advisers Edi Truell​, who advises the mayor on pensions and investments, called Cameron's EU deal "unimpressive", saying it amounts to "no more than a whingers' charter", according to Sky News.

Meanwhile Johnson's economic adviser Gerard Lyons said that while leaving the EU would be disruptive, it would not be "deadly" for the City of London.

The London mayor joins a number of other ministers, including Justice secretary Michael Gove and Work and Pensions secretary Iain Duncan Smith, who will campaign for the UK to leave the EU.

The news comes after the Prime Minister appeared on the Andrew Marr Show to implore Johnson to back the UK's continued membership of the EU.

Read more: EU referendum: This is where each cabinet minister stands

"I will say to Boris what I say to everybody else which is that we will be safer, stronger and better off inside the EU," he said.

"I think the prospect of linking arms with Nigel Farage and George Galloway in a leap into the dark is the wrong step for our country and if Boris and others really care about getting things done then the EU is one of the ways that we get things done."

Johnson said that he would not share a stage with Farage or Galloway, and will not be engaging in debates against members of his own party. He said the decision had been "agonisingly difficult" and the last thing he wanted to do was go against the Prime Minister or his party.

The news pushed Johnson ahead of chancellor George Osborne as favourite to be the next leader of the Conservative party, according to Ladbrokes.

However, Johnson said that his decision to campaign for Brexit was not based on a political calculation or leadership hopes.